The Yorkshire Dales National Park is not necessarily the easiest to photograph - but can certainly be as rewarding as anywhere and, when you find the right spots, the views are breathtaking. From the mountainous western edges, to the limestone southern regions, right through to the gritstone of the east and historic mining to the north - the Yorkshire Dales has something for everyone and a vast number of opportunities for someone visiting at any time of year.

With half of the dales running east-west and half north-south, there is ample opportunity to find the right angle for the light throughout the seasons, with plenty of locations to choose from. Some areas you're free to roam, others it's best to stick to paths - but with a bit of common sense and a small amount of will to explore, it's easy to find spots off the beaten track. This guide is by no means an exhaustive list of locations, but hopefully it will put you in the right places to have a look around and explore from there.

The Yorkshire Dales have few restrictions regarding photography and walking. The footpaths and public rights of way are well marked but once up on the moorland you're free to wander as you please - just close gates behind you, don't damage walls and be respectful of the occasional request to 'keep out' and you'll have no problems. 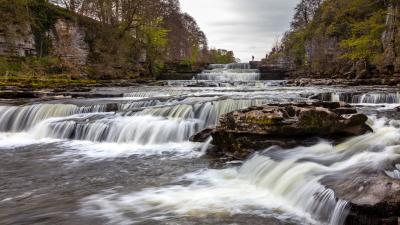 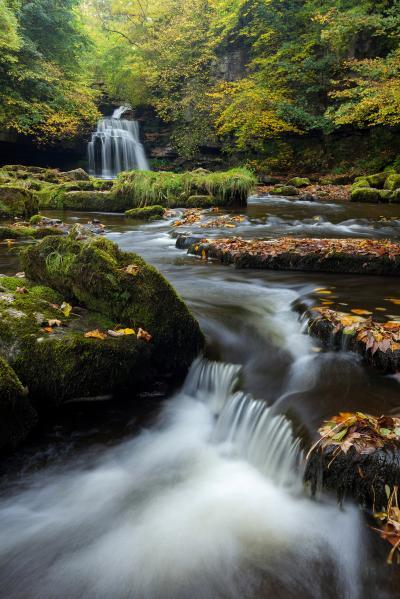 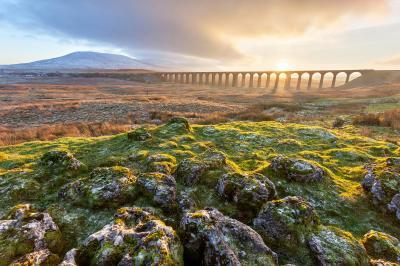 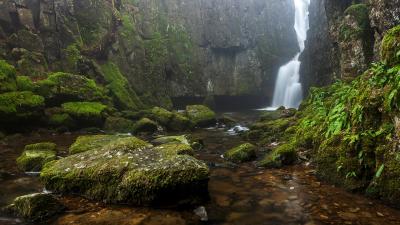 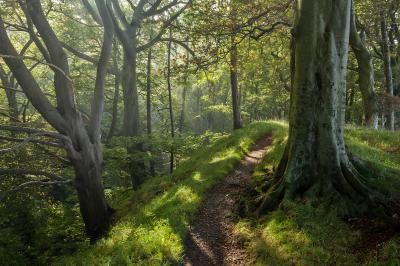 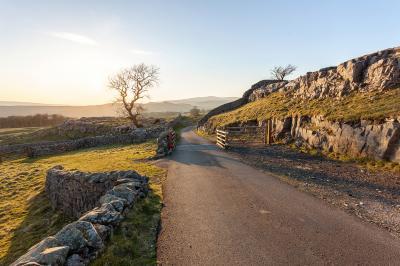 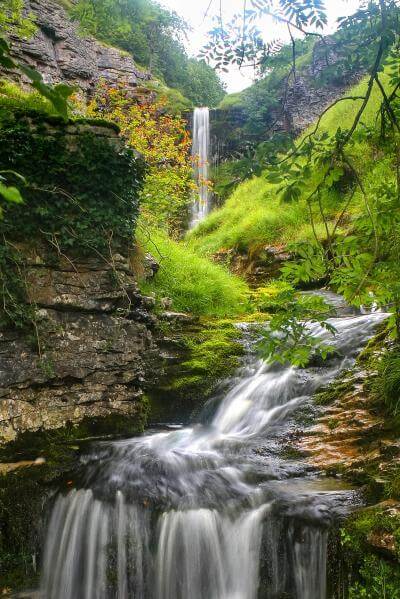 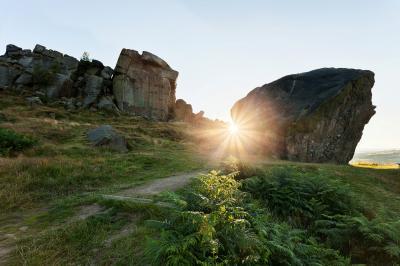 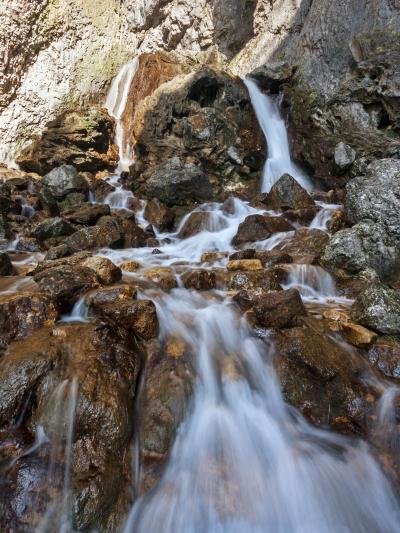 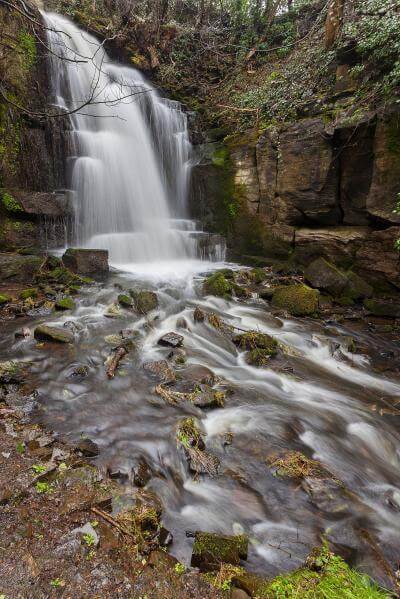 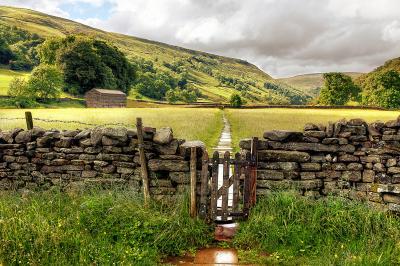 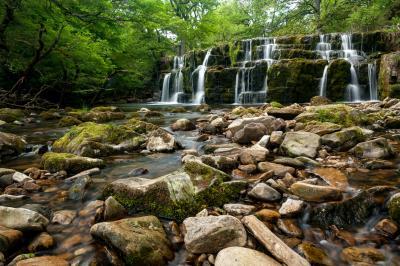 The western reaches of the region are certainly worth a visit, particularly around the Three Peaks area (consisting of Whernside, Ingleborough and Pen-y-ghent). The landscape over there is by far the most dramatic, with hills towering above the rare limestone pavements and plenty of foreground interest with lone hawthorn trees. In this guide you'll find a number of locations to make the most of these views, from both low down and up on top of the mountains themselves, but there's always more to discover. If you look carefully enough, you'll even find a number of hidden caves and potholes which are worth visits in their own right, even if hard to photograph.

If you're looking for something different though, the wildflower meadows around Muker and upper Swaledale are beautiful - although this does mean visiting around late May to early July. They offer the opportunity of taking in the wider view or getting up close and shooting some macro floral images, just make sure you don't leave the paths as the area is carefully managed and the meadows are important for local wildlife. Whenever out in the countryside in the UK, you can be secure in the knowledge that it's a generally safe place to be as long as you take the usual precautions regarding fields with cattle in them. The majority of the Dales consists of moorland and sheep though, so few problems should be encountered regarding farm animals. Even at night, as long as you bring a head torch you should be fine, just be careful of hidden holes in the ground especially in the limestone regions of the west and south.

Key items to bring along with you are waterproofs, good walking boots with some ankle support, a head torch and a couple of spare layers. It may look warm and dry when you set off but when you reach the higher areas the temperature can drop by a good 10 degrees and then be subject to strong winds on top of that - so when standing around waiting for the light you're almost guaranteed to get cold. It's worth carrying the extra layers.

Mobile coverage can be quite unreliable in the Dales - when you're high up you should expect to be fine, or at least have access to emergency networks, but lower down it can vary hugely even over short distances. Before you set off, it's a good idea to let someone know your plan, no matter how vague, so they know when to expect you back. Many hotel, pub and B&B owners will be happy to help if you're staying with them - so don't feel awkward telling them when to expect you back and it could be helpful if you end up getting lost or stuck on the hills as they can send someone out to look for you.

In terms of getting around, there are a few options:

Train: The main Dales railway runs from Settle-Carlisle, and joins onto Leeds if you're coming from a major city. This stops off at numerous places and runs either hourly or 2-hourly depending on the time of day/year. There is also a train service up Wensleydale although this is primarily aimed at being a tourist attraction in itself rather than a way to visit other places.

Bus: There are numerous bus routes to most Dales villages from many surrounding towns (Richmond, Bedale, Ripon, Harrogate, Ilkley, Skipton, Lancaster). These buses, whilst useful, only usually operate a couple of times a day, and rarely do so late at night or early in the morning when photographic opportunities usually arise.

Car: This is the best option, the roads can take some getting used to as many are single track roads with steep sections and sharp bends - but owning or renting a car is certainly the best way to get about the Dales (besides walking). There are numerous shows and markets but nothing specifically of photographic interest. The National Park website has event listings and links to the various shows, markets and cultural events: yorkshiredales.org.uk Mat Robinson is a landscape photographer who has been exploring the Yorkshire Dales for the last 27 years. He was born and raised in Richmond, on the edge of the park, and has provided the imagery for the official annual guide for each of the last 3 years. Few people know the area better..
View profile