Top places to photograph in Shanghai in 2022

These are the very best Shanghai Instagram spots, curated by the PhotoHound team. If you've got limited time here, these are the must-see locations to shoot while you're in Shanghai! 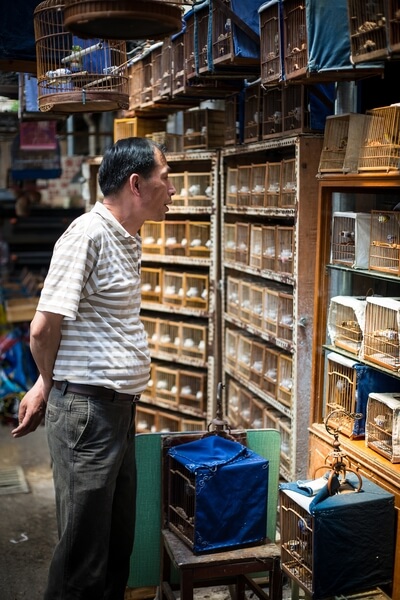 One of the few remaining traditional markets, this location allows a glimpse into the real Old Shanghai: a more traditional Chinese one. Here you will find crickets for sale in small plastic containers or, more commonly, wicker baskets, as well as birds in cages and fish and turtles in tanks. The resulting cacophony of sounds is unique. Crickets traditionally bring good luck, but they are also used for gambling. If you’re lucky you might sneak a peek of a cricket fight out the back.

This is a popular spot for photographers as it is situated at the bend of the Huangpu river and offers one of the best views of the Shanghai skyline. The bar is open daily from 5:30pm until late during the week and from 2:30pm at the weekend. For non-hotel guests there is a 100 yuan cover charge, which includes one drink. While this seems expensive, think of it as an entrance fee for the observation deck! That one drink will buy you a lot of time taking in the view. 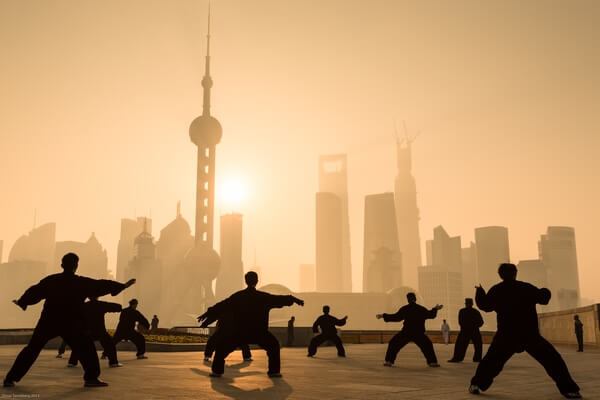 The Bund usually refers to the roughly one-and-a-half kilometer stretch of historical buildings and esplanade alongside the eastern bank of the Huangpu river which was home to the major foreign banks and hotels during the concession era. The iconic riverfront contrasts with the space-age skyline on the opposite bank. At its northern end is Huangpu Park, People's Memorial and the Garden Bridge (also in this guide)
Learn more about The Bund (外滩)

Until it was overtaken by the even more enormous Shanghai Tower next door, this was the tallest building in Shanghai. Standing at 492 meters above sea level and 101 storeys, both the official observation decks and upper floor bars and restaurants offer staggering views out over Shanghai.

The building has a square hole in the top to reduce stress from wind, lending the tower its nickname “the bottle opener”. The square shape replaced the circular aperture in the original design for the Japanese-owned building which it was alleged resembled a “Rising Sun” flag, though the original design was actually inspired by Chinese mythology. However, given the fraught history between the two East Asian countries, there was little local appetite for anything resembling a rising sun towering over China’s largest city. 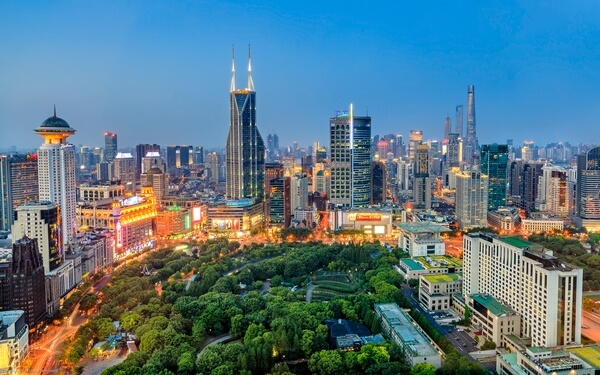 The J W Marriott hotel at Tomorrow Square offers some of the best views of People’s Square, People’s Park and beyond to the Pudong skyline from its lobby lounge and bar. The square, roughly oval shaped, used to be a sports and recreation area during the concession period, and included a race course, beloved of the expat community of the era. 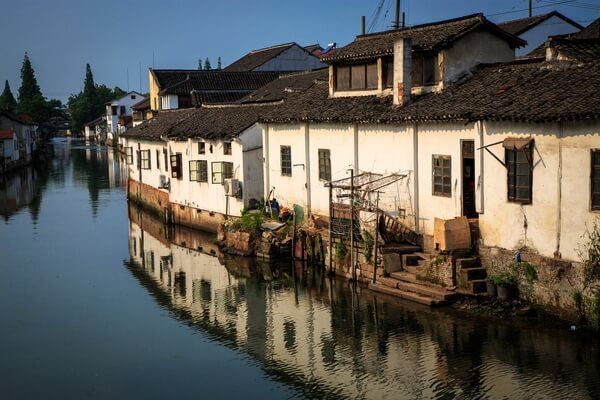 While there are many so-called water towns in the Yangtze river delta region, built around canal networks, Jinze is relatively peaceful and authentic, with little neon signage and mainly just friendly locals going about their daily lives (this may be changing, however). It is famous for its original bridges, of which around 10 are left. 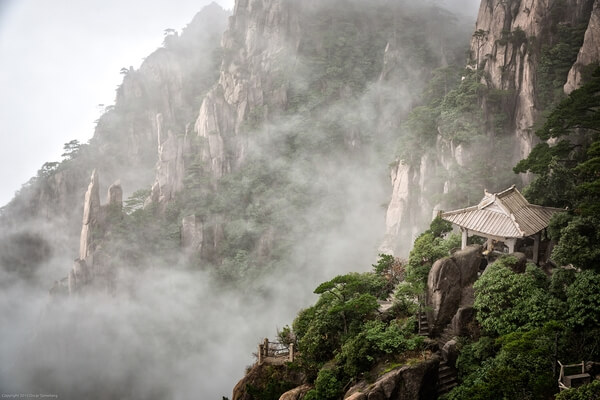 A UNESCO heritage sight and one of China’s major tourist destinations, the soaring granite peaks and twisted pine trees of Huangshan, along with the “sea-like” clouds below, feature often in Chinese painting and literature. Today the area is a popular spot for photographers. The name Huangshan, or Yellow Mountain, was reportedly given to the mountain not because of its appearance, but in honour of the Yellow Emperor.

Some of the more than 6,000 stone steps covering the mountain are thought to date back more than 1,500 years, and make this by far the most physically challenging of the locations in this guide - even if the cable car is used to bypass the most gruelling parts. Remarkably, the shops and restaurants on top of the mountain are stocked by porters who carry everything from bed linens to fresh water up the mountain by foot.

This is another of Shanghai’s fantastic rooftop bars with an open-air, unobstructed view over the city’s ever-changing skyline. The Indigo is a boutique hotel owned by the Intercontinental group, but the slightly out-of-the way location means the rooftop is not often particularly busy, making it easy to bag a seat right by the edge if you don’t leave it too late. You’ll be expected to buy food or drink, but it is the perfect spot for a sundowner while indulging in some photography. 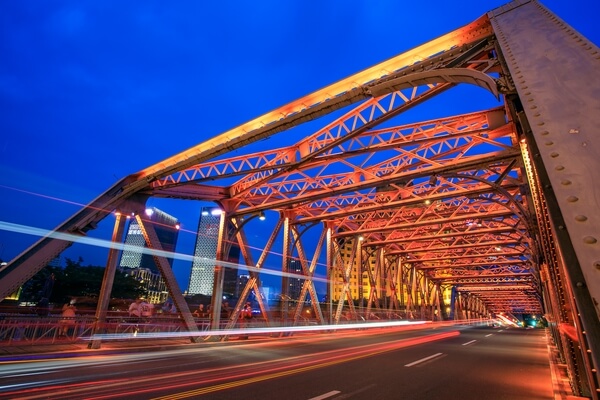 The Garden Bridge in the former International Settlement was designed and built by British firms between 1906 and 1907 with steel imported from England. It replaced earlier wooden bridges and was designed to withstand trams and automobile traffic. It was China’s first all steel bridge and today it is designated as protected heritage architecture and is one of the symbols of Shanghai.
Learn more about Garden Bridge (外白渡) 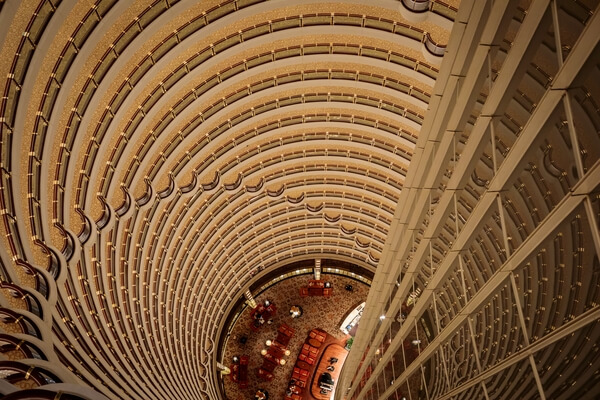 The 88 story Jin Mao tower is 420 metres tall and was at the time of its completion in 2007 the highest building in the world. It has since been eclipsed in height, not least by its two neighbouring skyscrapers. It resembles the Petronas Towers in Kuala Lumpur in its incorporation of Chinese architectural themes, including the number eight (a lucky number in Chinese). It is famous for its large barreled atrium which runs from the 56th to the 87th floors of the Grand Hyatt hotel which occupies most of the building.
Learn more about Jin Mao Tower (金茂大厦) 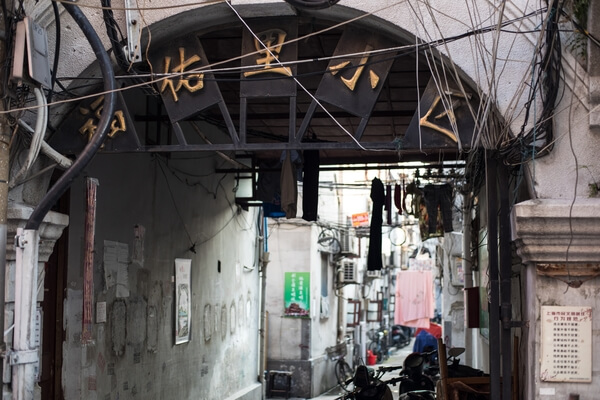 Shanghai’s Old Town, known as Nanshi, or southern city in Chinese, refers to the area that used to be the old walled city prior to the arrival of foreign powers. The city wall, which came down in 1912 roughly tracked what today is Renmin Road and Zhonghua Road. During the concession era it used to be referred to as the Chinese City, and today is still among the most traditionally Chinese areas of Shanghai.
Learn more about Shanghai Old Town (上海老城厢) 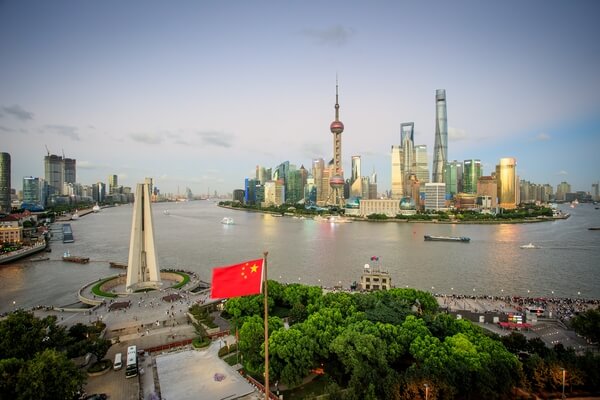 The View from the Peninsular

Nicely located south of Suzhou Creek and with a reasonably panoramic view (it claims 270 degrees) over the river, this rooftop terrace offers some different angles to approach the skyline. Being part of the Peninsular Hotel, expect hefty prices for the drinks, which you will be expected to buy. However, the seating arrangement means it's relatively easy to get a seat with a view.
Learn more about The View from the Peninsular

We hope you enjoy photographing these great Shanghai Instagram locations. We love seeing your images of the most Instagrammable places in Shanghai, so make sure to share your images on PhotoHound and tag us on Instagram @photohound and hashtag #photohound for a chance to be featured.