Our contributors have added 30 photo spots to this Lyon photo guide. Have you discovered an amazing new location in Lyon?

A thriving mix of old and new and sitting at the confluence of the Rhône and Saône rivers, Lyon is an enticing prospect for photographers. The third largest city in France, Lyon is the ancient capital of the Gaules of the Roman Empire and has always been a major player in the history of France. It offers a wealth of important architectural heritage spanning the Roman era to the Renaissance period through to all that the modern city offers today. Secret passageways (Traboules), frescoes, Roman theatres, the bohemian Croix-Rousse area, spectacular squares in addition to a dynamic and bustling cultural and entertainment scene - this really is a must visit for every travel photographer. 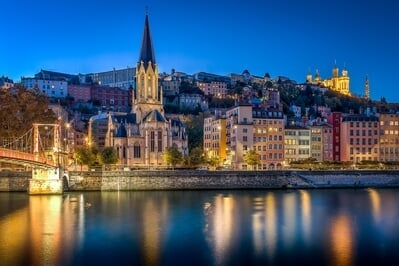 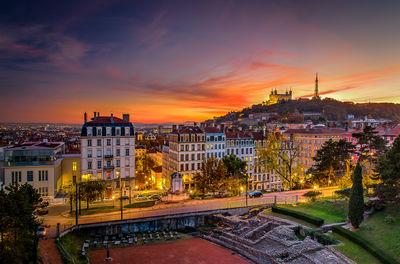 Lyon view from the Ampithéatre of the 3 Gaules 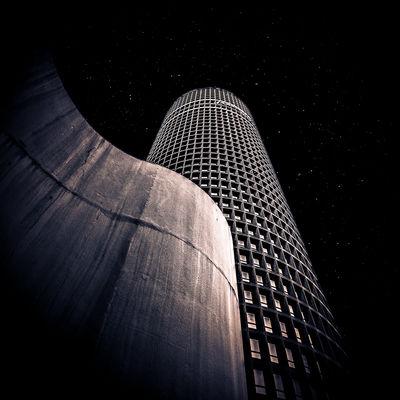 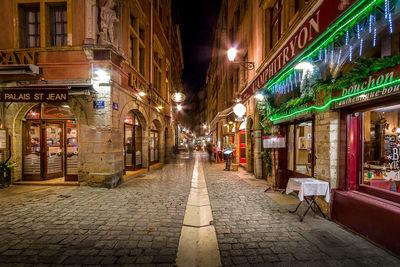 St-Jean Street in in the Old Lyon 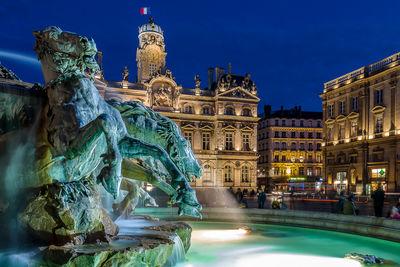 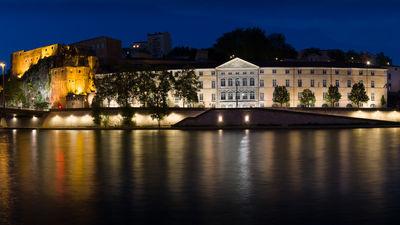 Quays of Saône to the St-Jean fort 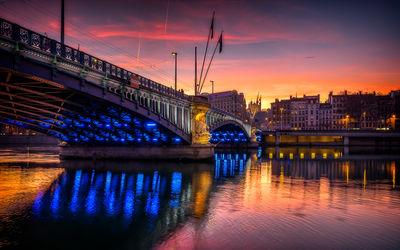 Banks of Rhone at the level of the Lafayette bridge 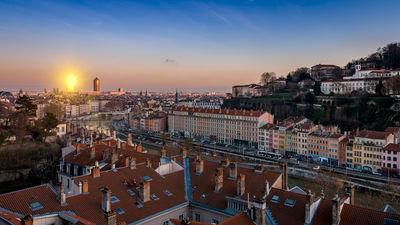 Lyon view from the Chartreux garden 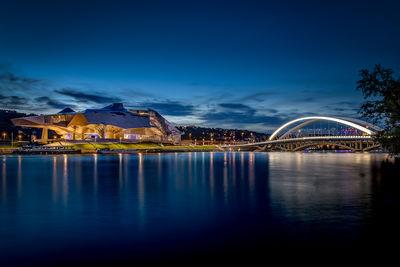 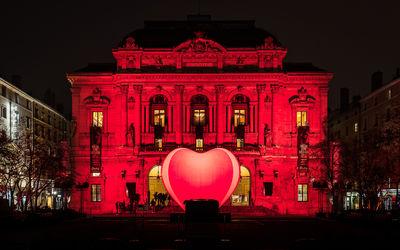 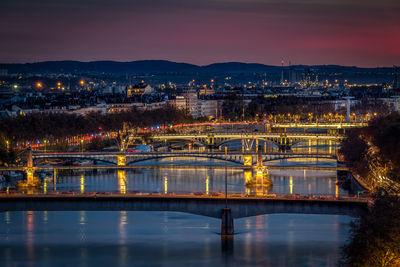 Lyon, Rhone side view from the Summit of the Croix Rousse

Interior of the basilica of Fourviere

From a photography point of view, Lyon can be visited year round. That said, Lyon being a big city, it is better to come during the times when the pollution is the lowest for cityscapes, that is from late autumn to mid spring.

There are few restrictions for photographers in Lyon; the use of flash and tripod in museums and churches is usually not allowed. In these cases, you will need to shoot handheld and with a higher ISO and remember to respect any religious ceremonies in progress in churches. Ascent of the Grande Côte at Croix-Rousse

I have 2 particular favorite spots that I shoot from in Lyon. The is from the banks of the Saône in the district of St-Georges towards the bridge and the church of St-Georges with the Basilica and the tower on Fourvière hill as a backdrop. Whatever time of the day, the photos are always very beautiful and there are many compositions you can try, but the true magic occurs at blue hour. My second favourite is Trinité Square in Old Lyon at the foot of Fourvière hill. The Renaissance style houses surrounding it are magnificent and make for some varied compositions. This is also a perfect blue hour spot, or try shooting in black and white for atmosphere. Interior of the cathedral St-Jean

The Fête des Lumières is not to be missed if you’re in the city early December. It coincides with the religious festival known as the feast of December 8, the Feast of the Immaculate Conception, Illuminations or sometimes as the Feast of the Virgin Mary. Since 1989 it has been a popular event held annually for four days around December 8, the traditional date of the event. The Lyon Light Festival attracts millions of visitors each year from all over the world and is probably one of the four largest festive gatherings in the world. Over 40 light installations adorn the city during this time. See External Links for full details.

The Dance Biennale of Lyon is a contemporary dance festival created in Lyon in 1984 which takes place in September every other year, alternating with the Biennial of Contemporary Art.

It attracts dance companies from around the globe and includes a choreographed parade through the city between Terreaux and Bellecour squares. See External Link for full details. Lyon is very well served either by air (Saint-Exupéry airport), by rail from TGV lines (from Paris, Germany, Barcelona or Turin) or regional lines (Part-Dieu station in Lyon is the first European station by the number of connecting passengers) or by road. It is possible to come to Lyon by motorway from all directions.

Once in Lyon, it is very easy to get around either by public transport which is very efficient, and includes the metro (4 lines), the tram-way and all the the bus lines, or by taxi. You can also use the cycle with Velo’v, the world's first cycle sharing service.

Lyon has many hotels to meet the growing need for different events and tourism in general. If coming early December I recommend booking well in advance as the Lyon Light Festival is a popular time to visit the city.

Lyon is at the forefront of technology, like all major cities in France, and wifi is readily available and offers fast links.

Lyon, Rhone side view from the Summit of the Croix Rousse If you want to explore beyond Lyon, we have 289 photo spots that you can visit in France. 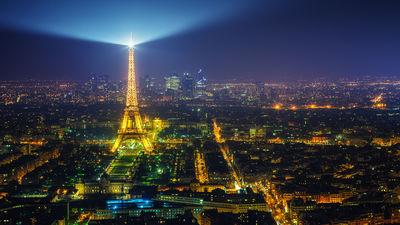 I am a photographer specialized in urban landscape born in France, in the Oise and living now in Lyon since 1998. I am interested very early at the landscape photography (and specially in the mountains and in B/W) after a exposition of Ansel Adam. However, it is through my passion for aviation that I actually started photography through the purchase of a Canon AE1 program (which I still have), then a Canon A1. Then, during my studies at the university, I was lucky to be able to take photo courses for 3 years. This allowed me to perfect my work of composition, work on light and that of development of my prints B/W. However, after my studies finished, I stopped the photography. And it was only in 2011, following serious back problems, that I returned to the photography. And, even if my passion began more in the landscape - and more particularly that of mountain -, the physical difficulties pushed me to move towards the urban landscape and it with a lot of pleasure and since. I went Pro in 2015.
View profile