Our contributors have added 35 photo spots to this Northumberland photo guide. Have you discovered an amazing new location in Northumberland?

Bordering Cumbria to the west, County Durham and Tyne and Wear to the south and the Scottish Borders to the north, Northumberland is England’s northernmost county and known as its border county.

Northumberland is at a latitude of 55°N which means that there's considerable seasonal variation in terms of where the sun rises and sets, as well as the number of daylight hours. At the winter solstice (21 December) the sun rises at 08:36 in the south east (133°) and sets at 15:36 in the south west (227°). At the summer solstice (21 June) the sun rises at 04:24 in the north east (43°) and sets at 21:56 in the north west (317°). This difference means that certain landscape subjects in Northumberland are often more suited to photography at one particular time of the year than another (Dunstanburgh Castle on the Northumbrian coast is a good example of just such a subject).

Generally there are few limitations to what you can photograph in Northumberland. Any restrictions – such as those due to local by-laws – will be signposted at a location. Certain organisations, the National Trust for example, allow personal photography on their premises but do not allow commercial photography. 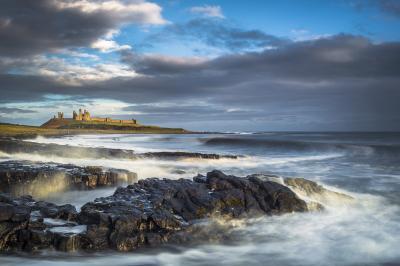 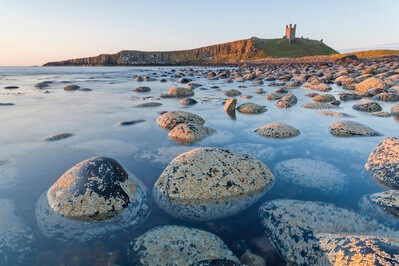 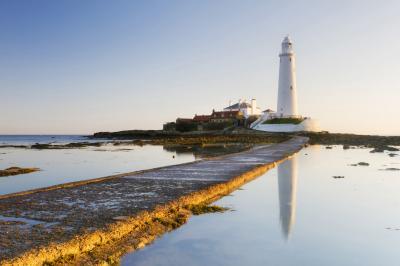 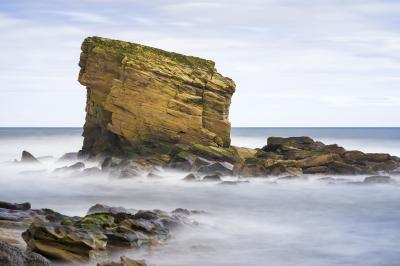 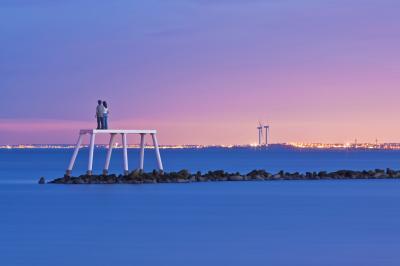 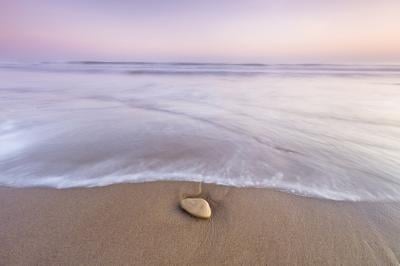 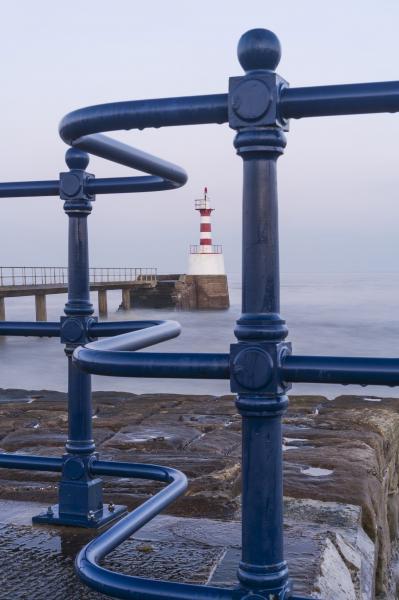 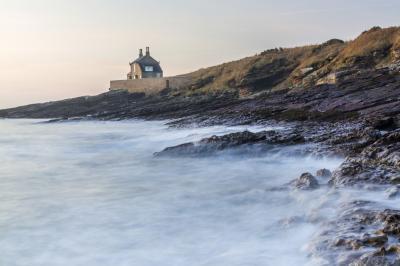 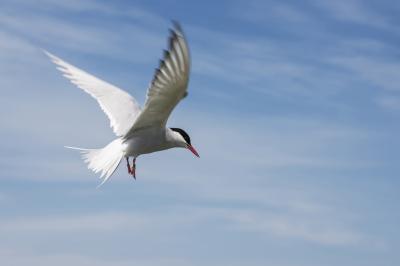 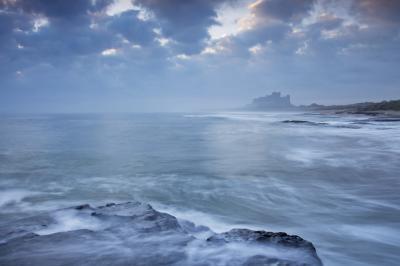 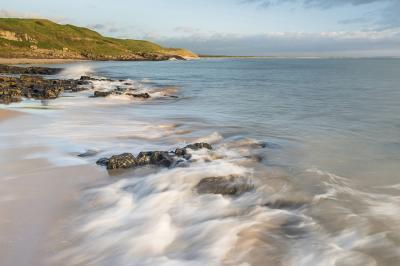 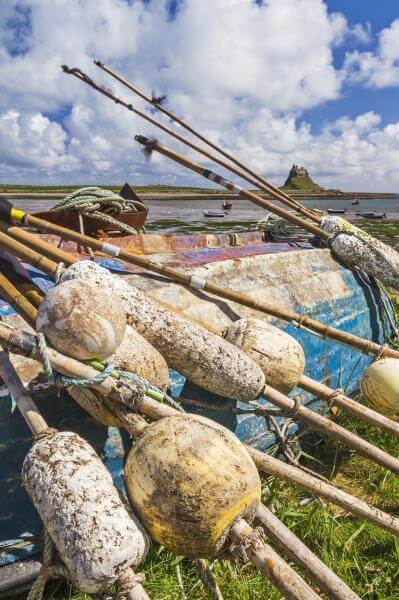 Northumberland leaves you spoilt for choice as a photographer – though that makes makes choosing one location a tricky prospect. A particular favourite location of mine is the coastline near Craster.

The village of Craster is photogenic in its own right, but it's the view north across to Dunstanburgh Castle that I find endlessly fascinating. It's particularly good in winter, when the weather is moody and the light golden. I can think of few more atmospheric places to spend time exposing pixels than here. Northumberland is well served by road links around the county; only the most remote areas will require a significant degree of walking from the nearest road.

The main road through Northumberland is the A1. The A1 is dual carriageway in the south of the county and then a mix of dual and single-carriageway north of Morpeth. The A1 is by far the quickest way to drive from one end of the county to the other. What the A1 isn't is interesting! If you have time to spare, roads such as the Coastal Route are far more scenic and often quieter.

Many of the council-run car parks in Northumbrian towns use a disk system. The disks, which can be bought from tourist information centres or some local shops, should be set to the time of your arrival and displayed on the dashboard of your car. Signs at the car park will describe how long you can park using the disk, with two to four hours being the typical maximum period. Car parks in smaller villages are either free or require the purchase of a ticket from a Pay and Display machine.

Unfortunately, Northumberland lacks a good rail network. There are two lines that run through Northumberland: The Tyne Valley line that connects Newcastle and Carlisle, and the East Coast route. Trains on the Tyne Valley line (currently run by Northern) stop at major Northumbrian towns such as Corbridge and Hexham. They can also be used to reach Hadrian's Wall country from Bardon Mill and Haltwhistle. The East Coast route (currently operated by Virgin Trains) connects London to Edinburgh. On its route through Northumberland, East Coast trains only stop at Alnmouth (intermittently) and Berwick-upon-Tweed, so are less useful for exploring Northumberland generally.

Bus connections are generally good throughout Northumberland. Main towns, such as Hexham and Morpeth, have bus stations with connections to nearby towns and villages. Between Easter-September, the AD122 bus carries passengers between Hexham and Greenhead (and calls into Haltwhistle railway station), roughly following the line of Hadrian's Wall.

Within the county boundary lies the Northumberland National Park Authority (NNPA) and the Northumberland Coast Area of Outstanding Natural Beauty (NCAONB). The NNPA covers an area of approximately 1,030 square kilometres and can roughly be divided into three zones: Hadrian's Wall country, Redesdale including River North Tyne and Kielder, and the Cheviot Hills. (Locations in all three of these zones can be found in this guide.) The landscape of the NNPA is very varied and includes gently rolling farmland, conifer plantations and, in the Cheviot Hills, upland moorland. Oddly, nearly a quarter of the national park, is usually off-limits to visitors. This is due to the presence of the British Army and the use of a large area of the Cheviot Hills for the Otterburn Training Area. Red flags are flown when the OTA is in use and entry into the OTA is strictly forbidden – and potentially dangerous – during these times. The NCAONB covers the coast from Amble in the south to Berwick-upon-Tweed in the north. Most of Northumberland's finest beaches and coastal features are found within the NCAONB.

Mobile phone coverage is generally good across Northumberland. The areas with patchy or even non-existent coverage tend to be the upland or valley areas in and around the Cheviot Hills. For safety reasons it's therefore worth letting a relative or friend know what your plans are for the day before setting off for these areas. During the summer months there are number of agricultural shows around the county. The main show is the Northumberland County Show, held on the last Monday in May at Bywell ( northcountyshow.co.uk ).

Other major shows include Bellingham in August ( bellinghamshow.co.uk ) and Alwinton, the final show of the season, held mid-October ( alwintonshow.co.uk ).

These shows are a great place to shoot farm animals, sporting activities such as wrestling and horse riding, and traditional craftwork.

Organisations such as English Heritage ( english-heritage.org.uk ) and the National Trust ( nationaltrust.org.uk ) also run a variety of events during the summer months at their Northumberland sites. If you want to explore beyond Northumberland, we have 1638 photo spots and 22 events that you can visit in United Kingdom. 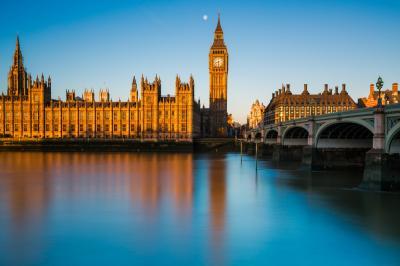 David Taylor is a landscape and commercial photographer based in Northumberland. David has written 35+ books on photography since turning professional in 2006. In addition to commissioned work, he runs small-group and one-to-one photography workshops.
View profile