The city of Brighton and Hove (henceforth referred to as Brighton for simplicity) is one of the most vibrant in the UK, however threadbare the term might sound these days. Historically very tolerant and liberal, Brighton today is the unofficial gay capital of the UK, and its tolerance extends to other areas of life and to other minorities, racial, ethnic, religious, foreign nationals, which makes the city very welcoming and friendly. Although you’ll find here an eclectic mix of people from almost any corner of the earth, minorities are never ghettoised and coexist harmoniously side by side.

Out of its 270000 population, over 40000 are students from all over the world, studying at two major universities in the city, various colleges and countless language schools. Brighton is a city of young people.

All of this diversity and openness naturally translates into inexhaustible opportunities for people, street and reportage-style photography. The city's friendliness applies to photography and photographers as well, with very few exceptions there are generally no barriers to using cameras and tripods (any limitations in this regard are always mentioned in the descriptions of specific spots).

But Brighton also has its fair share of interesting architecture, both modern and historic, which together with the people create its unique atmosphere. Throughout most of its history, reaching back to the middle ages, Brighton was a humble fishing village. The popularisation of sea bathing and the royal patronage of the Prince of Wales (who later became king George IV) in the late 18th century set it on the path of rapid growth. The settlement was gradually transformed into a bustling seaside resort and eventually into one of the major cities in the south of England.

While there is no bad time of year to visit the city, Brighton is certainly at its liveliest in spring and summer. Numerous festivals and other events are held during the warm season, like Brighton Festival, Brighton Fringe, Brighton Pride, Brighton Marathon. But there is plenty to do, see and photograph any time of year. To get a notion of what is going on in the city during the time of your visit check: www.visitbrighton.com.

Lastly, Brighton is a good base from which to explore Britain's newest national park, the South Downs, thanks to its central location within it, almost exactly on the border of East and West Sussex. The South Downs is a range of postglacial chalk hills stretching for over 70 miles (115 km), from Winchester, Hampshire, in the west, to Eastbourne, East Sussex, in the east, where the downs meet the sea and form the dramatic cliffs of Seven Sisters and Beachy Head. In 2011 the area was declared a national park, whose boundaries also included parts of the Weald, a geologically separate and different formation, in West Sussex and Hampshire.

The South Downs is a farming landscape for the most part, cultivated or used for pasture, wooded in places, especially in the western reaches. Many scenic countryside locations can be found in Brighton's immediate surroundings. This guide offers you a few of them, however a comprehensive overview of the whole national park is obviously beyond the scope of a city guide. 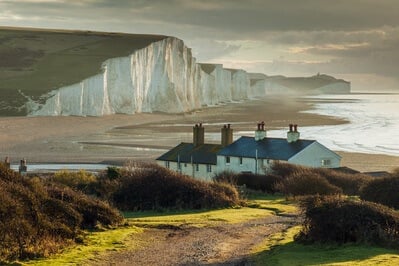 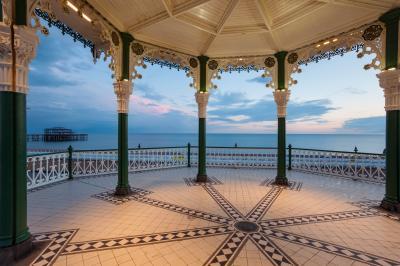 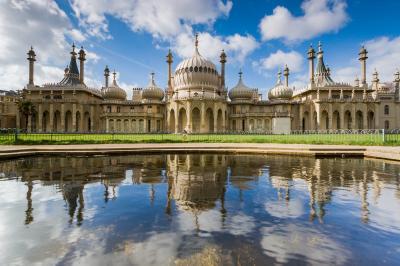 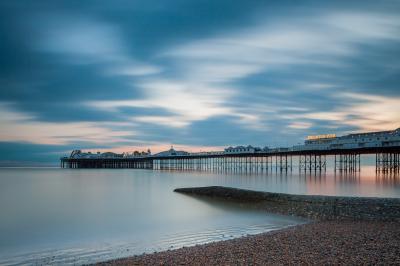 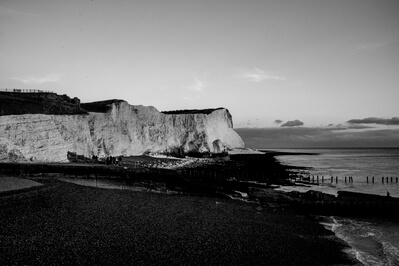 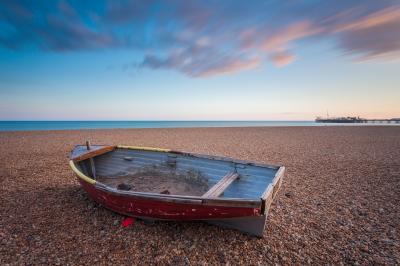 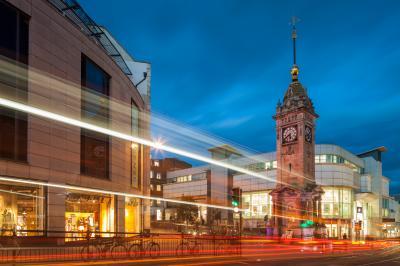 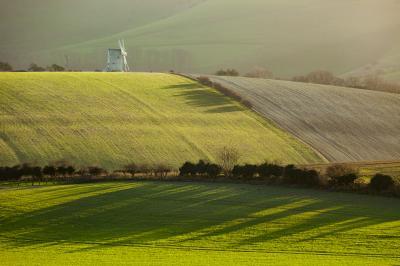 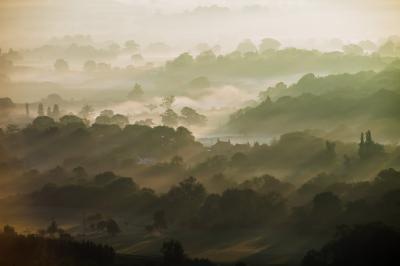 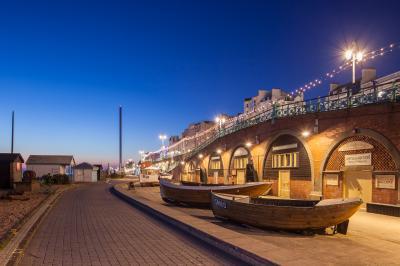 Given Brighton's coastal location, its history as a fishing village, and relatively recent promotion to city status, it is not surprising that a lot of its landmarks are concentrated along the seaside. For that reason, you might want to consider taking a long walk on the seafront, starting at Brighton Marina on to the west border of Hove, or vice versa. And to soak up the atmosphere of the city centre you could start by exploring the Lanes, move to the Royal Pavilion and its gardens, then to the North Laine area, on to Brighton Station, then walk down Queen's Road to finish at Churchill Square. If you only have one day to visit, you can combine both walks to get a good sense of the city while taking scores of general snaps. It will be a tiring but satisfying day and you will get to see all of the most iconic points.

If you have more than one day to spare and are into landscape photography, definitely check out some of the locations in the countryside around Brighton. This guide only introduces you to a select few, for the most part reachable by public transport, there are a lot more to explore and the scenery is criss-crossed with trails and footpaths. It’s a good idea to take a detailed hiking map as well before you venture further afield, like Ordnance Survey OL11, OL10 or OL25 depending on the direction you take (specific maps are also suggested in spot descriptions); you can find them in major book stores or order online before your trip to Brighton. At the very least visit the historic county town of Lewes, which is also a great gateway to the South Downs National Park, easily accessible by public transport.

No city guide, photographic or otherwise, can seriously claim to be truly exhaustive or complete. This one contains the majority of the most emblematic sights in Brighton, with frequent suggestions for further exploration, and hopefully will give you a solid base to plan your visit to this fascinating city. You will no doubt discover many more photographically interesting spots during your stay.

If you decide to only concentrate on the city itself, there is no need to rent a car, it can in fact be impractical, as parking is quite costly. In the summer or during major events finding a space can be a challenge, and heavy traffic can make you want to pull your hair out! Brighton has excellent public transport, mostly buses and to some degree trains, which will let you reach all of the urban locations without a hitch.

If you also plan on exploring the surrounding countryside, hiring a car is a good idea, as even though the buses and trains reach well outside of the urban zone, many great landscape locations are effectively inaccessible by public transport.

If you travel from outside of the UK, keep in mind that electrical sockets are different here than in most European countries. You can buy a plug converter at the airport or in any supermarket in Brighton.

Mobile phone coverage is good in the city and generally good in the country, with some exceptions, notably at the cliffs on the coast. Something to keep in mind since you may not be able to call for help if you get cut off by the tide. If you plan a trip to the coast, remember to check the tide tables, there are many free online resources, here's one:

Brighton is situated on fairly steep slopes (Hove is generally flatter), you can explore a lot of it on foot, but a minimum degree of fitness is necessary. Likewise, if you decide to venture into the South Downs you may encounter steep inclines and elevation differences of 100-150m on some trails, the ground can get muddy and slippery, so make sure you have proper footwear. Also, it's usually noticeably windier and chillier on the ridges than in the valleys or in the city, even during summer.

The South Downs is mostly in privately owned land. Generally, you need to stick to official footpaths, bridleways and byways. However, there are many areas of so-called “access land”, where you can roam freely. These are clearly denoted in the recommended maps and in theory should be also clearly marked in the field. Slawek is a freelance photographer specialising in landscape, travel and architecture photography. Born in Gdynia, on the Baltic coast of Poland, he's been based in Brighton since 2007.
View profile