The photography guide to Patagonia

Our contributors have added 27 photo spots to this Patagonia photo guide. Have you discovered an amazing new location in Patagonia?

Patagonia is without a doubt the world’s most photogenic mountainous area. One can’t call it a mountain range as the two major attractions, El Chalten and Torres del Paine, are part of two different mountain ranges. The prior is part of the Andes range and the latter is the result of localised extrusive volcanism.

At just under 3000 meters above sea level, the peaks of Patagonia don’t carry such grand labels as Denali, Everest or Aconcagua. These icy peaks at the Southern tip of the Americas do however have a secret geographical advantage, which gives them their immense grandeur; they rise from a plateau barely above sea level. If standing at the shores of Lago Pehoe in Torres del Paine NP, the landscape is dominated by jagged snow-capped peaks that rise almost three kilometres in near-vertical height. The mountains of El Chalten rise from a slightly higher plateau, but there the peaks rise to an even greater height. There are very few places on earth that one can find such colossal vertical walls and certainly none that are complemented by such a plethora of photogenic foregrounds. Probably only the likes of John Muir would be able to accurately describe the effect of such mountains on the human mind, soul and heart. The best I can say is that it always takes days before I can look at the mountains without having my entire mind vacated of any thought. The mountains of Patagonia truly demand the full attention of anyone in its presence.

Grand mountains alone do not make for a great landscape photography destination. Dramatic peaks are merely a background and the foreground is just as important, if not more so. Patagonia is blessed with countless glaciers, which of course means that there are also glacial lakes, waterfalls and rivers, all flowing with icy turquoise water. As if that isn’t good enough, it also has what is arguably the most impressive display of autumn colours found anywhere on earth. During the first two weeks of April, one can expect to see more colours in a single Magellan Beech tree than in some countries’ entire flora.

The final cherry on the cake is extreme latitude that ensures long hours of excellent light. The first intense Alpenglow of sunrise until the last warm morning light can easily last two hours. This means that special light lasts longer, making it easier to capture.

Patagonia has three main attractions; El Chalten and Perito Moreno Glacier on the Argentinian side, and Torres del Paine on the Chilean side. In this guide I cover everything you need to know from the ideal season to visit to the best hotels to stay in. I hope that the information will aid you in getting your own unique and memorable images of this Eden at the Southern tip of South America. 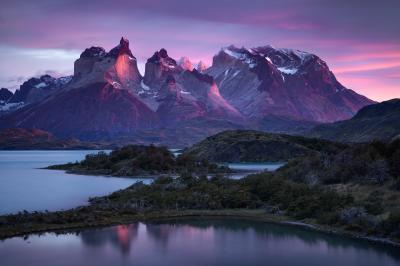 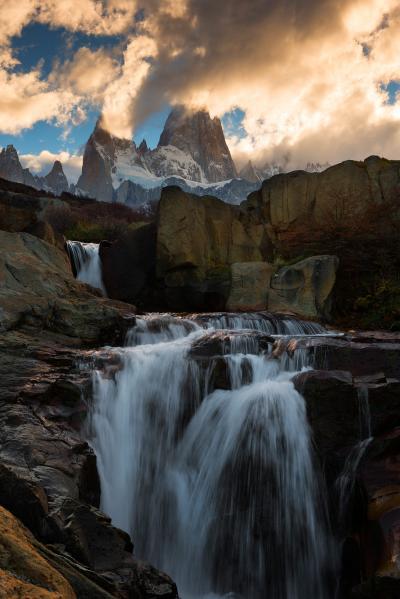 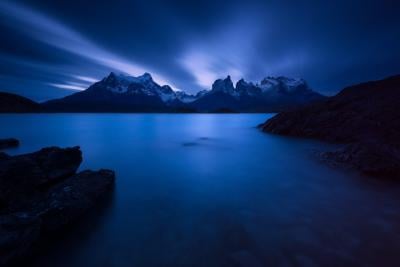 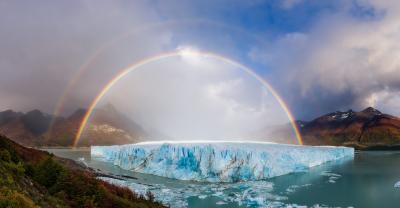 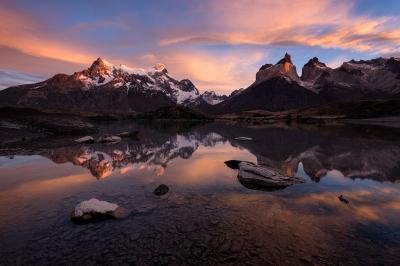 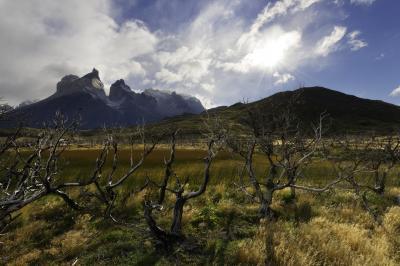 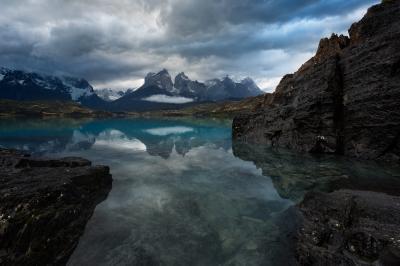 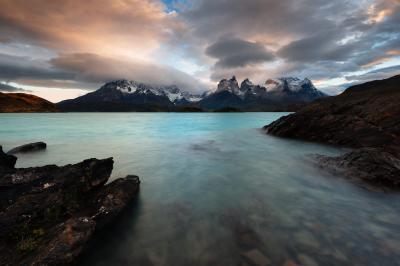 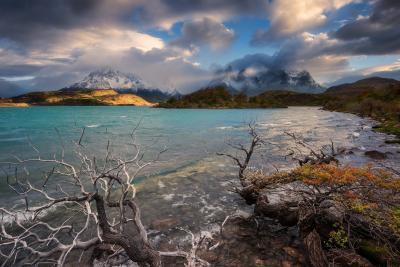 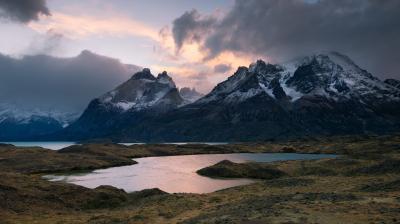 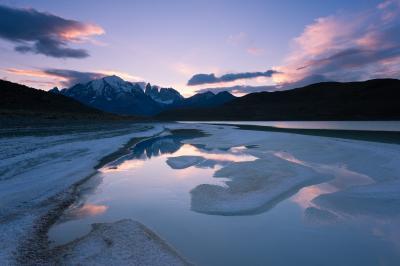 I would be lying if I said that I have a favourite destination in Patagonia as almost every location is mind bogglingly beautiful. What makes it so great is that there are fantastic locations for people of all fitness levels; whether you’re up for a 3-day hike and camping in sub-zero temperatures or whether you just want to take a stroll for sunrise and return to your hotel for a hot breakfast. Photographers always visit these three sub-destinations in one trip due to their close proximity and thus people tend to think they are the same, but I want to establish from the start that the three are very different. Plan your trip wisely according to your level of fitness and budget in order to make the most of your time in Patagonia.

Torres del Paine (TdP) is a large driveable park, ideal for those who are not too fit or adventurous. It offers many spectacular foregrounds with the Cordillera del Paine as a background and is well worth spending 5-10 days at. You must have a car to get around at TdP and accommodation and food is very pricey - budget at least $250/day.

El Chalten is a hiker’s paradise - most of the best scenery there is at least a 90-minute hike from town, up some exhausting inclines. If you’re not up for a couple of hours’ hiking every day, then you won’t want to spend more than 2 or 3 days there. There are amazing campsites, plenty of grocery stores, accommodation is cheap and you don’t need a car. If you prefer a tent to a hotel or you’re on a budget, you’ll be better off prioritising this destination over TdP. If camping, you don’t need more than $25/day.

Perito Moreno Glacier is a very easy and convenient location that offers many different viewpoints of the glacier on many kilometres of boardwalks. It is however a high-traffic park that gets thousands of visitors a day and has rather restricting opening hours. See the general info spots for each sub-destination to read more.

Wind - Patagonia is one of the most notoriously windy places on the planet as it is a narrow peninsula that extends far down into the frigid Southern seas. Fortunately the Magellan winds die down (not completely, though) during March and April.

Autumn Colours - The Patagonian autumn colours are something not to miss and this is at it’s best early to mid April and there’s a lot more of it to see at El Chalten than at TdP.

Angle of the Sun - Another complication is that the further in the year from summer solstice/closer to winter, the less sunlight there is on the Cuernos del Paine.

If considering all these things, you’ll realise that there is a very fine balance on deciding when to go and how to plan your itinerary. I’ve always found that it’s best to visit TdP in the last week of March or first week of April and then finish off at El Chalten in the 2nd week of April. Where you fit in Perito Moreno is not that critical.

Somehow Patagonia is void of Visa and Mastercard systems, so drawing cash or swiping a card costs an absolute fortune. This is further complicated by having to get separate currencies for Chile and Argentina. Make sure you get enough of both currencies at the airport in Buenos Aires or El Calafate as it will save you a lot of money.

Patagonia in autumn is cold, but not very cold. Expect temperatures ranging from 5-15 degrees with an occasional morning going below zero. Chances are that you’ll have a couple of windy days and then it is important to keep all skin covered to stay comfortable. Pack gloves, scarves, buffs, beanies...the whole lot. Be prepared for rain on some days as well - pack a layer to keep you dry and a rain cover for your backpack.