Colourful villages perched on steep cliffs, sparkling blue waters beneath, towns steeped in history and culture, and cities that appear suspended in time - the Amalfi Coast is one of Italy’s most memorable destinations and Naples a sometimes overlooked gem of a city, particularly for photographers .

This is an area where you need to go at least once in a lifetime, and once you have, you’ll quickly realise you want to return to again and again.

Although Naples and the Amalfi Coast frequently appear together in many travel guides, and indeed this one for photographers, they are in reality very separate destinations and worlds apart in many ways.

Deemed an outstanding example of a Mediterranean landscape by Unesco, the Amalfi Coast offers mountains that seem to plunge into the sea in nail-biting, vertical scenes of precipitous crags, cliff-clinging houses painted in all colours of the rainbow, and lush, green woodland.

Prepare yourselves as this is a Mediterranean Landscape Photographers’ paradise! Go armed with a solid tripod, a wide-angle lens and filters galore!

Naples is another world: sometimes described as Italy's most unlikely masterpiece, it is a city that is sometimes bypassed for fear of its crime rate and mafia links. On the other hand, its historic city centre is the largest in Europe and has been designated in 1995 as a UNESCO World Heritage Site, it has a wealth of cultural assets and architectural treasures. It was first settled by Greeks in the second millennium BC, and is therefore one of the oldest continuously inhabited urban areas in the world.

Nearby there are a wide range of culturally and historically significant sites such as the Palace of Caserta and the Roman ruins of Pompeii and Herculaneum. Naples also famous for its natural and geographical wonders; Posillipo, Phlegraean Fields, Nisida, and Vesuvius to name but a few.

However, a visit to Naples and the Amalfi Coast is not just history, landscape and art. The Neapolitans and their culture are a huge part of the attraction of this area. Observing the way people live and relate with their environment and with tourists passing by is a way to enjoy this important aspect of visiting the city. And along with their culture comes the Neapolitan cuisine, mainly known for its association with the Italian pizza, which originated in Naples.

For this reason I have included some of the best street photography spots as well as the most famous historical and modern Pizzerias, artisanal workshops and artists’ hangouts in the area. 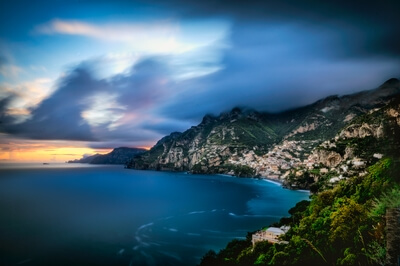 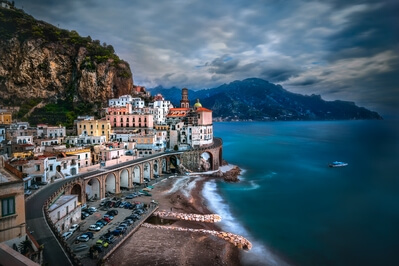 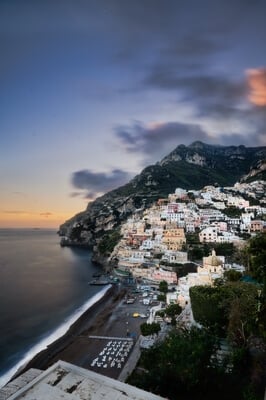 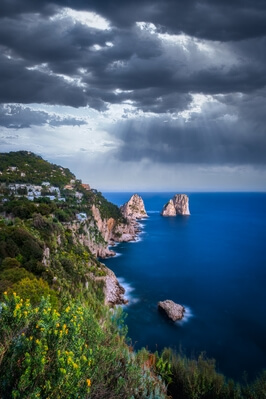 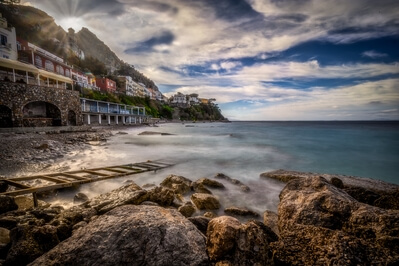 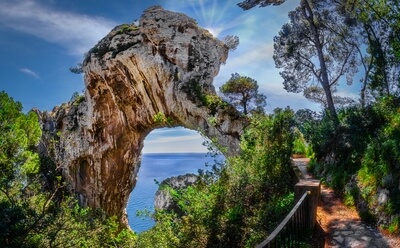 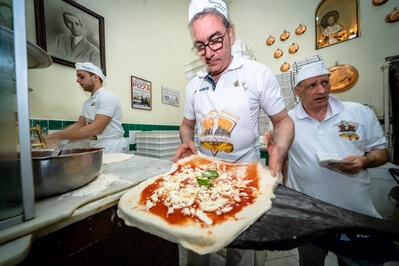 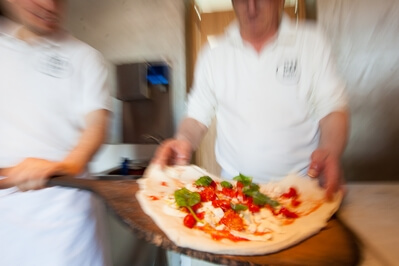 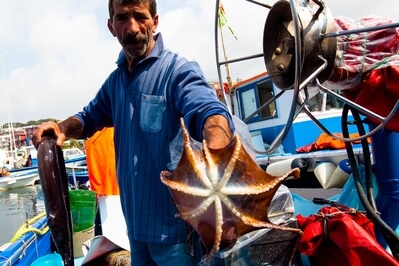 Pozzuoli – Fish Market and Fisherman by the Port 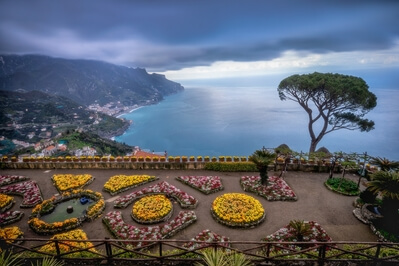 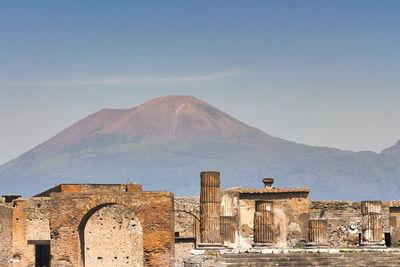 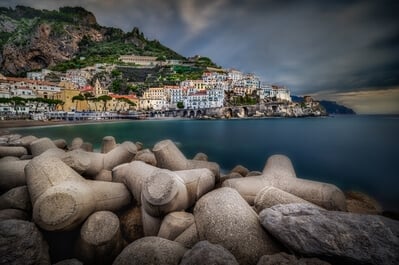 Amalfi - view from the Port Dock

While Naples is a year-round destination, timing your visit to the Amalfi Coast is important. Many hotels, restaurants and attractions are closed from November until Easter. Due to the heat and the traffic it’s best to avoid July and August. Spring and autumn are wonderful in this region – spring for the swathes of bright wildflowers and autumn for warm seas and bountiful seasonal produce including mushrooms, black truffles and chestnuts.

While the Amalfi Coast is safe, unfortunately the same cannot be said with 100% confidence for Naples. Most tourists come and go without any problems and if you stay in the major tourist spots in the city, that will likely be your experience as well. Still there are areas that are worth a visit, such as some of the open markets or the old neighbourhoods of Forcella or the “Quartieri Spagnoli”, which are less safe areas. Criminality rate is high and you should take extra care for your personal safety and your belongings. Here are some tips to avoid entering an area with your camera and coming out without it:

1-Don’t go deep into Forcella or the “Quartieri Spagnoli” or other poor neighbourhoods. Stay at their periphery.

2 - Go with someone else if possible.

4- Keep your wallet and camera equipment in a safe place (your pocket, even if zipped, is not a safe place).

5- When you have the camera in your hands don’t let motorbikes or scooters to come too close to you. Even if it’s in a bag or a backpack they are very skilled in taking it off you. Tripods are NOT allowed in any of the churches and archaeological sites of the whole area. Of course you may always ask if they will allow you. If you are told no, please be respectful of the rules. In this guide, even if you see a spot where ‘tripods are allowed’, please consider that in Italy tripods are officially NOT permitted on public soil all across the country, still policemen usually don't mind if you are not disturbing the traffic, at times they may just ask you to put your tripod away. Commercial photographers are required to apply for a photography permit and sometimes the use of a tripod is seen as an indicator of being 'professional'. In VERY RARE cases I’ve heard of photographers being fined for the use of a tripod, but in my experience, not in this area. A drone can be used for non-professional use in some non-urban areas. Please consider that drone regulations are rapidly changing in Italy. At the moment you don’t need a permission to fly a drone that weighs less than 250gr, like the DJI Mini Mavic or similar. Still you can’t fly over people and you are always responsible in case of accident. He was a kid when bought the first camera. Since then and for many years, he focused on the wonders of nature: flowers, animals and landscape. Growing to adulthood he coupled his passion for photography with a new one: travelling. Today he’s a Geography teacher and continue cultivating his passions as much as he can. After being selected 5 times in the TPOTY competition, he’s moving forward to transforming a passion into a profession
View profile