Explore the top spots in Istria

Top places to photograph in Istria in 2022

These are the very best Istria Instagram spots, curated by the PhotoHound team. If you've got limited time here, these are the must-see locations to shoot while you're in Istria! 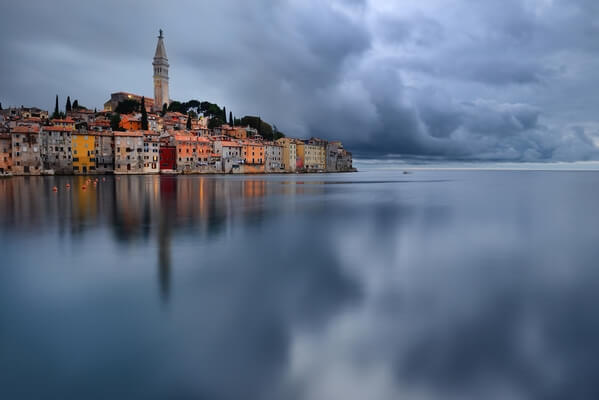 Rovinj is a Croatian fishing port on the west coast of the Istrian peninsula. The old town stands on a headland, with houses tightly crowded down to the seafront. From this spot you have one of the classic views of the old town of Rovinj perched dramatically on the rocks jutting out into the Adriatic. 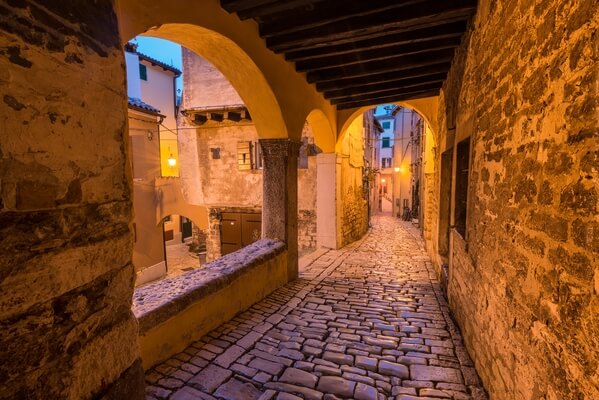 The alleys around St Thomas (Svetog Tome) church are all paved with cobblestones and surrounded with colourful buildings. By the church itself there are interesting arches that you can incorporate into your shots. 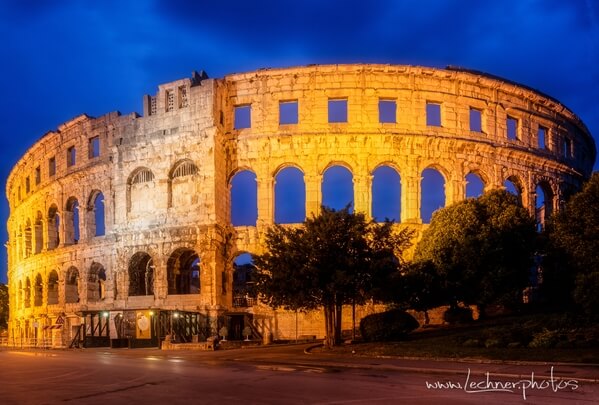 This ancient monument from Roman times is nearly 2000 years old (built 27 BC – 68 AD) and reason alone to visit Pula. It is among the six largest preserved Roman arenas in the world and of the best preserved Roman monuments in this part of the world. 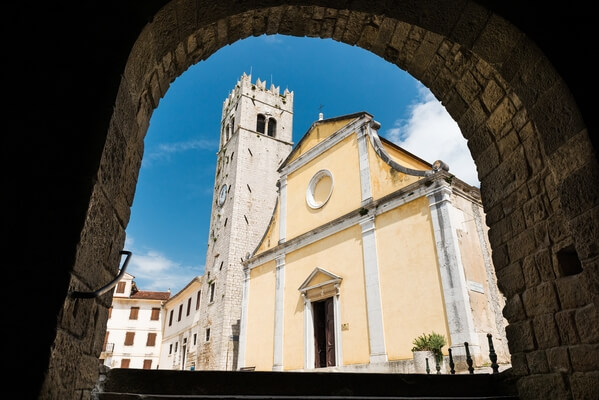 There are two town gates in Motovun. The first set you walk through feature old Venetian tablets with St Mark's lion. The next arched gates will get you into the Old Town itself. Here pay attention to the arch on your left hand side - one of the classic views of the church will appear. 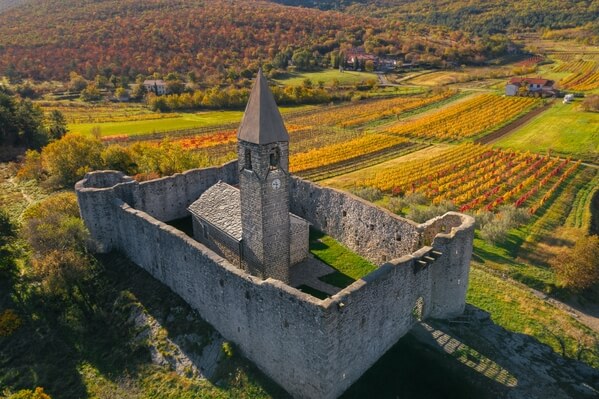 Holy Trinity Church is a historical building in Hrastovlje, a village in southwestern Slovenia. There are two hypotheses about its origin. According to the first, it is a Romanesque church from the 12th century. According to the second, it is an example of the Istrian variant of Early Venetian Renaissance architecture from the 15th century. The church stands behind a wall that the local population built to protect itself from Turkish attacks in the 16th century. Examples of defensive architecture are found throughout the territory settled by Slovenians and are called tabor.

What attracts most people to this little church is the famous Dance of Death or Danse Macabre, representing people of all walks of life from kings and popes to beggars and babies being led by skeletons towards Death itself 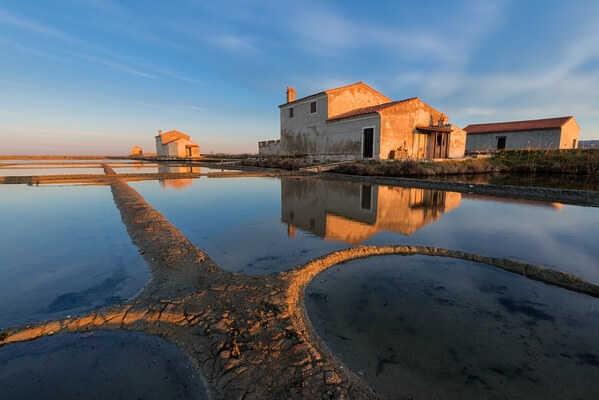 The Sečovlje saltpans are the northernmost salt flats in the Mediterranean. The salt is produced in the traditional way based on a 700-year-old method that harmonizes man and nature. Over the centuries, a unique habitat has formed for halophytic plants and animals and migrating birds. The cultural heritage, which reflects centuries of work by saltmakers, is extremely rich. The museum is open in summer and it is also possible to witness the traditional way of collecting salt. 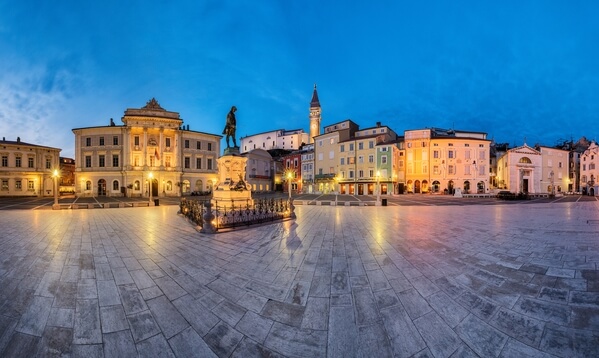 Tartini Square (Tartinijev trg) is the largest and main square in the town of Piran. It was named after violinist and composer Giuseppe Tartini, of whom a monument was made in 1896. The place where Tartini Square is located today, was once a harbour for fishing boats. Nowadays it is the central part of the city and there is always something going on here. Many iconic Piran shots can be made here and it is worth returning at different times in the day. 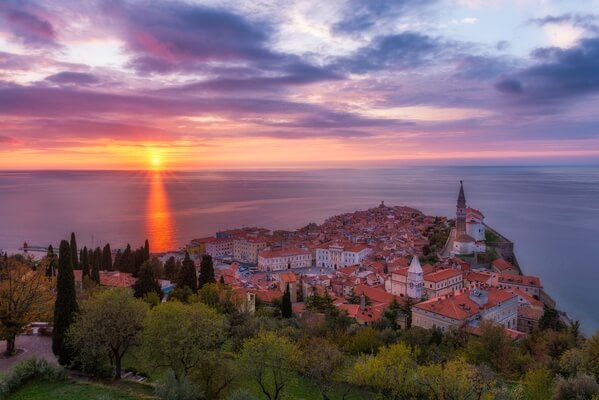 The town walls were built between the 7th and 16th centuries and had eight battlement towers. The external side of the walls are angled in a defensive style and exceptionally high. A few years ago, some parts of the towers and the connecting walkways were renovated so that today the walls are accessible and can be visited. The views from the top of the walls are stunning and well worth the climb. 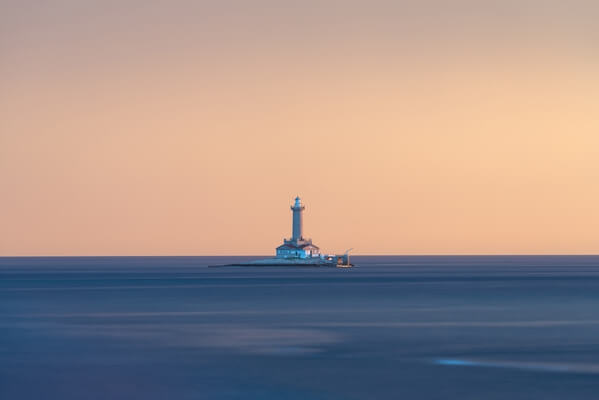 This is a neat lighthouse located on a small islet near Cape Kamenjak. You will need a decent telephoto lens (200mm+) to get a closer shot. There are also many seascape photography opportunities around this spot so bring also wider lenses and a tripod.
Learn more about Porer Lighthouse 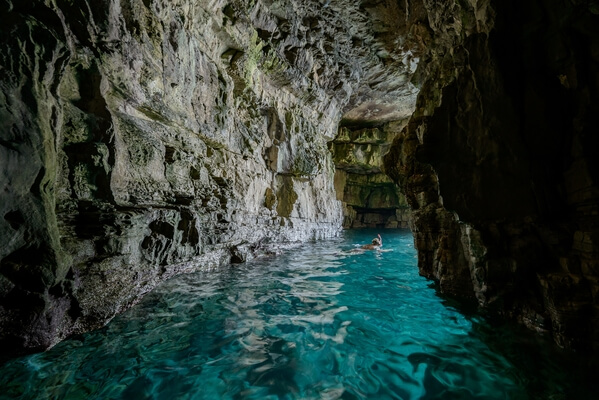 One of the most popular shots from Croatia on Instagram is the kayaker paddling out of the cave in backlight. This is the location of the cave.
Learn more about Galebove Stijene (Seagull's Cliffs) Cave

We hope you enjoy photographing these great Istria Instagram locations. We love seeing your images of the most Instagrammable places in Istria, so make sure to share your images on PhotoHound and tag us on Instagram @photohound and hashtag #photohound for a chance to be featured.