The photography guide to Iceland

Our contributors have added 81 photo spots to this Iceland photo guide. Have you discovered an amazing new location in Iceland?

Iceland, the land of fire and ice and the midnight sun, has an incredibly varied landscape for an island its size; volcanoes (some active), mountains, lava fields, geysers, glaciers, fjords, sea stacks and waterfalls, it has them all. Put simply Iceland is a photographer’s paradise.
Probably the world’s youngest country, Iceland was formed from the outflow of lava resulting from the divergence of the North American and Eurasian tectonic plates and is still growing (the Island of Surtsey off the south coast was formed in 1963). Many of the country’s volcanoes are still active, the most recent eruption in 2010 causing an ash cloud that spread across northern Europe, and Iceland is well known for its hot springs and geothermal activity. If you venture into the highlands and stay at Landmannalauger you can relax after a long days walking in the thermal pools, the water heated by the lava field through which it flows.
Iceland was probably uninhabited until the 9th century when the Norse Vikings settled on the Island and Reykjavik, now the capital of the Island, was established. By the early 10th century it is believed most of the outer edge of the island was inhabited, only the harsh and often inaccessible central highlands were not. This Viking history is found in many places across the island, most notably in Reykjavik in Museums, statutes and of course the Sun Voyager sculpture (although the original concept behind the sculpture was that of a dream boat and ode to the sun, but it certainly seems to have been influenced by the Viking long boats).
Being very close to the arctic circle (in fact the very northern parts of Iceland sit at a latitude of 66 degrees north, in the arctic circle) Iceland is a great place to view the northern lights, that is when the sky isn’t covered in a blanket of cloud (which can be often). It also means that in summer the sun can be up for 24 hours (here you can see the midnight sun) and in the depths of winter daylight can last for as little as 4 hours. Iceland is a very different place in the summer and the winter and this guide includes details on what to expect across both seasons.
There is much for the photographer to see and do in Iceland, from easy roadside views to arduous hikes into remote areas of the highlands. It has become a very popular tourist destination and is very popular with photographers. It is therefore unlikely that at the well-known locations you will have the place to yourself. With this increase in popularity it is important that we photographers respect the local environment, stick to paths and be sensible when shooting. 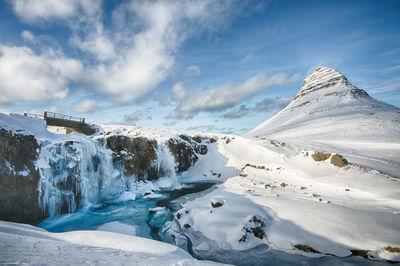 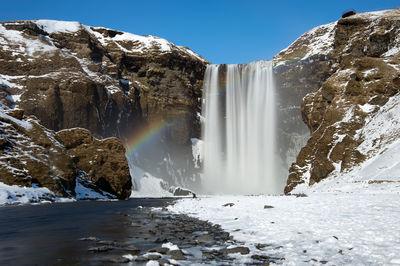 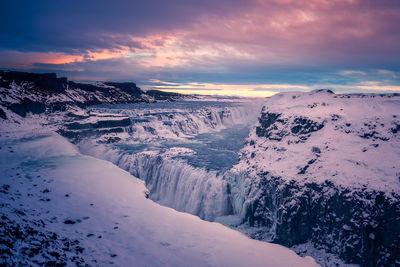 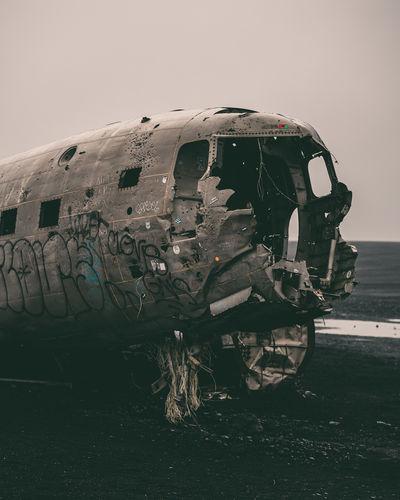 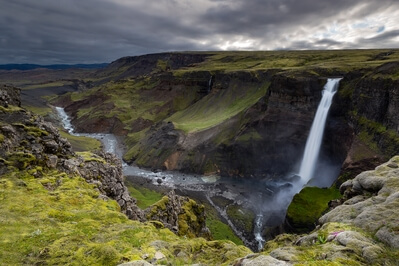 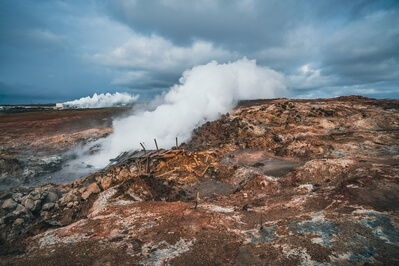 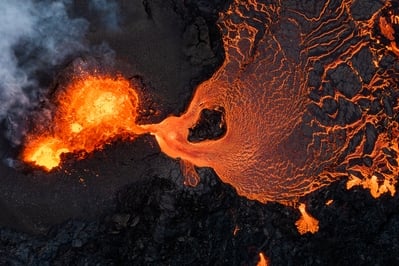 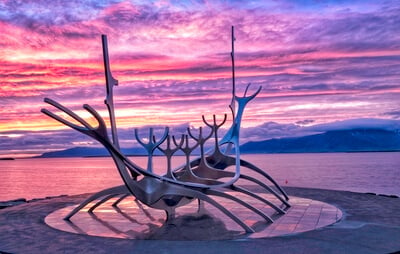 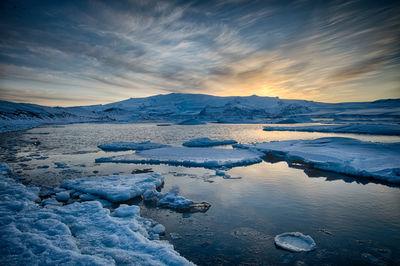 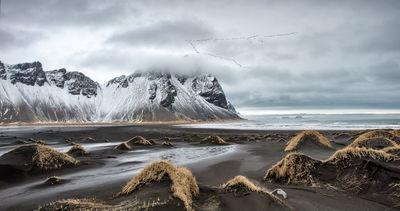 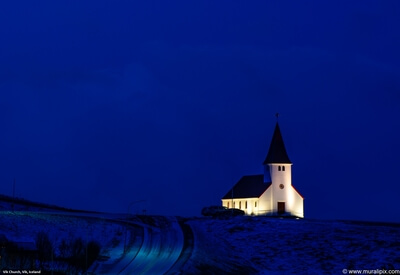 The international airport is in Keflavik about an hours drive south west of Reykjavik. If going on a self drive tour (most flexible option – but see further details below regarding driving in Iceland) there are plenty of places to hire cars at the airport from well-known international operators to local firms. With so many great photographic locations in Iceland to choose from, it is hard to whittle these down to a select few, but if I had a gun against my head I would probably choose the following.

The view to Alfavatn on the Laugavegur trail – the whole of the Laugevegur trail has epic views, but probably the most spectacular for me is the view across to the lake at Alftavatn and the surrounding mountains from the plateau to the north. If you are walking the Laugavegur north to south this view opens up almost unexpectantly as you turn a corner.
Kirkjufell – Kirkjufellfoss is a very popular and often photographed location and you are unlikely to be alone here, although at sunrise/sunset whilst there might be a few photographers you are less likely to be in the company of general tourists. But it is a classic location and popular for a good reason. If you want to avoid the crowds try shooting from further up the stream, away from the main falls. Kirkjufell can also be shot from other locations, such as from the road to the west or from the water’s edge (good on still days when the mountain is reflected in the water). Good location for shooting northern lights if the conditions allow.
Jokulsarlon lagoon and ice beach – there is something special about walking onto the ice beach at Jokulsarlon for the first time, watching the chunks of glacial ice flow out to sea and be carried back onto the beach by the crashing waves. The great thing about this location is that no two photography sessions will be the same as the blocks of ice washed onto the beach are always changing. You can literally spend hours here watching the ice and weather conditions change, looking for different compositions both big and small. The nearby lagoon, which contains large chunks of ice floating around, is also good place to photograph, and if you are lucky you might even get a glimpse of a seal or two.
Stokksnes – located at the far eastern end of the South Coast Stokksnes is a magical place, the Vestrahorn mountains seeming to rise out of the sea to the north of the beach. The beach here is large and black with dunes on the edge covered in grass (in summer a vibrant green, in winter yellow) that provides wonderful contrast and focal point for foregrounds. Great shots can be made from here in nearly any weather condition, and many great northern light shots have been captured from here. Iceland has become increasingly popular with photographers, as well as tourists, and rightly so. But we, as photographers, need to make sure that we act responsibly when capturing images and respect the local rules and restrictions. At many of the sites in Iceland there will be paths and barriers. Where you can stick to the paths to limit the damage from erosion and to the plant life in the area, particularly in the most popular locations, such as the most visited waterfalls, where erosion can be a big issue. Where there are barriers, be those iron railings or merely rope barrier do respect these and don’t cross these just to get a shot, or because there are too many people around to get a clean shot from behind the barriers – the barriers are there for a reason. If you are taking a drone do stick to the local rules which essentially limit flying to 120m and not in crowded areas (which would include sites where lots of people are visiting). Love my family, my dog, travel, photography, PhotoHound, kickboxing, books & coffee - order of preference subject to change! I’m all about words, creating great partnerships with other photography-minded people and organisations and making sure many more photographers discover PhotoHound so we can explore and shoot this planet together but do so responsibly.
View profile