Explore the top spots in Iceland

Top places to photograph in Iceland in 2022

These are the very best Iceland Instagram spots, curated by the PhotoHound team. If you've got limited time here, these are the must-see locations to shoot while you're in Iceland! 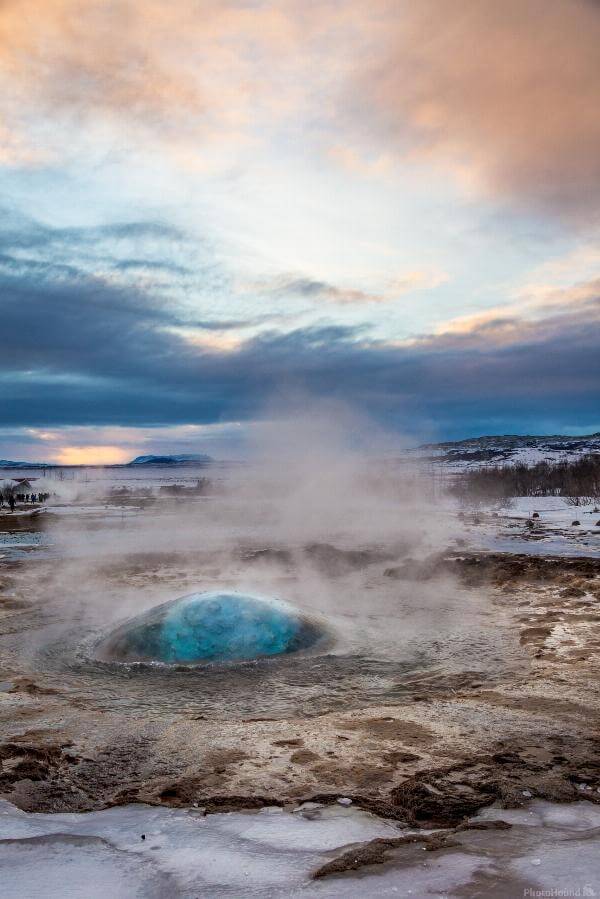 Geysir is a popular geothermal area the Golden Circle. It contains many geysers, mud pots, and fumaroles, including its namesake and most famous geyser, Geysir, sometimes called the Great Geysir. Unfortunately, Geysir infrequently erupts, sometimes going years between active phases. Luckily, there are many other geothermal features to photograph. With Geysir out of action, the star is now a geyser named Strokkur, which erupts about every 5 minutes, shooting spray up to 100 feet (30 meters) high.
Learn more about Geysir 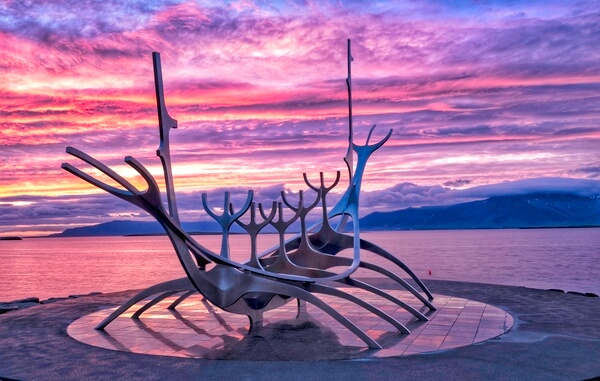 The sun voyager is a steel sculpture of a viking long boat that on the Reykjavik waterfront.
Learn more about Sun voyager 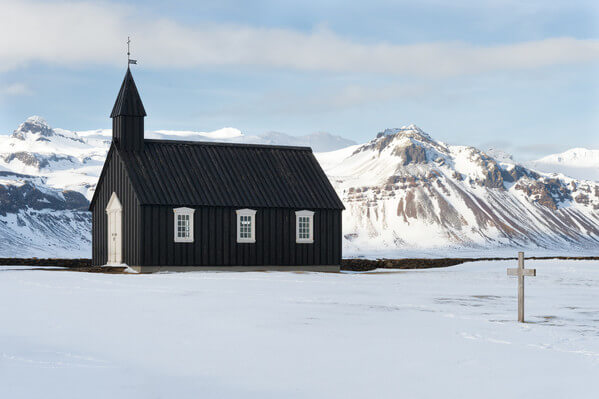 Búðir is 170km north west of Reykjavik, and is home to probably one of the most photographed churches in Iceland, as well a wonderful beach and dunes.
Learn more about Búðir 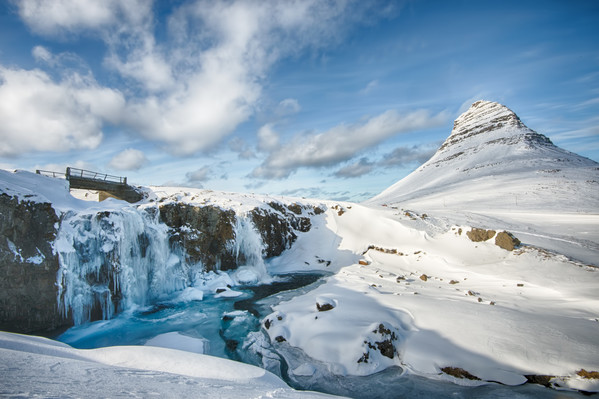 Kirkjufell is probably the most photographed mountain in the west of Iceland. It is located on the north of the Snaefellsnes peninsula, around 180km from Reykjavik, and rises out of the ocean.

As well as the classic shot from the waterfalls of Kirkjufellsfoss, it is worth exploring view points from the bay to the east at Grundarfjordur.
Learn more about Kirkjufell 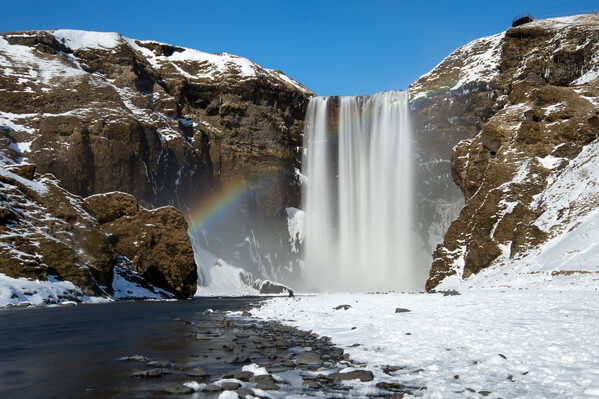 Skógafoss is a waterfall on the southern ring road in Iceland 155km east of Reykjavik. It is a good, but busy spot.
Learn more about Skógafoss Waterfall 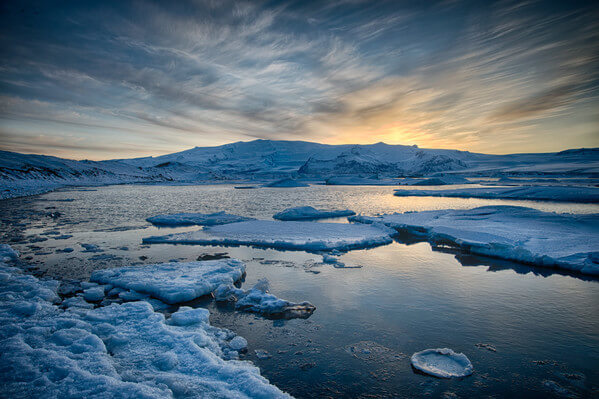 Jökulsárlón is a glacial lagoon on the south east coast of Iceland and is. truly magnificent place to visit and is an absolute must for anyone visiting southern Iceland.

Here the Breiðamerkurjökull Glacier, part of larger Vatnajökull Glacier, sheds large chunks of glacial ice into the lagoon. These large chunks of ice flow into the sea (an impressive sight to watch) and get washed back onto the beach by the tide. For photographers this means an endless, and ever changing, playground of ice to photograph.
Learn more about Jökulsárlón and the Diamond beach 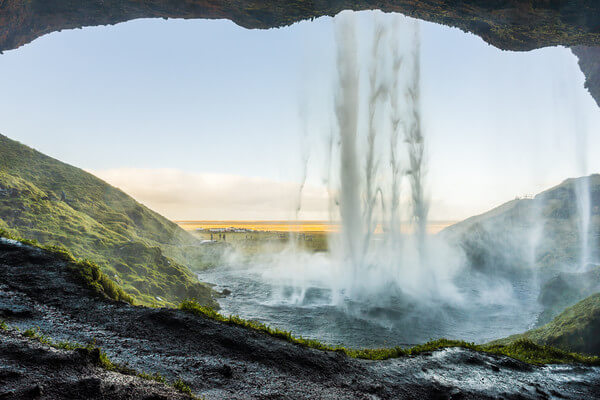 Seljalandsfoss - walk behind the waterfall

This waterfall in Iceland is famous because you're able to walk right around behind it. On top of that, it's easily accessible, just a very short distance from the main route 1 highway.
Learn more about Seljalandsfoss - walk behind the waterfall 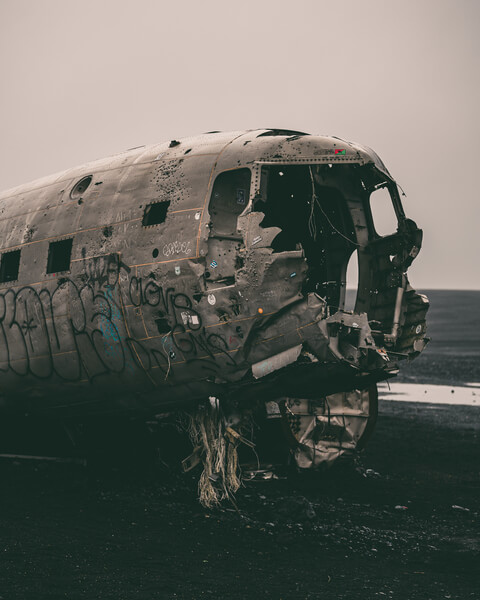 This United States Navy plane crash landed on Sólheimasandur beach in 1973. Everybody on board survived and the plane fuselage was left on the beach afterwards and is now a popular tourist attraction, especially for photographers and therefore can get extremely busy.
Learn more about Sólheimasandur plane Wreck. 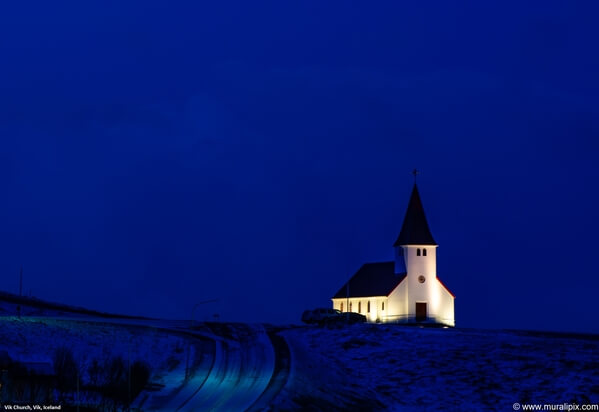 There is a small parking lot on the left side of the Ring Road (Route 1) when you enter the town of Vik from the west (Reykjavik). This is a great spot to photograph the church using a long telephoto lens.
Learn more about Vik Church 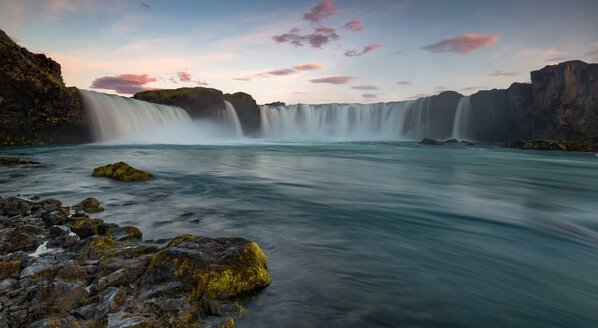 Godafoss - Waterfall of the Gods". The gods the name
refers to were not revered, but the recently renounced Norse pagan gods,
idols of which were thrown into the river by the local lawspeaker Þorgeir
Þorkelsson Ljósvetningagoði in the year 999 or 1000 as Iceland converted to
Christianity.
Learn more about Goðafoss

We hope you enjoy photographing these great Iceland Instagram locations. We love seeing your images of the most Instagrammable places in Iceland, so make sure to share your images on PhotoHound and tag us on Instagram @photohound and hashtag #photohound for a chance to be featured.