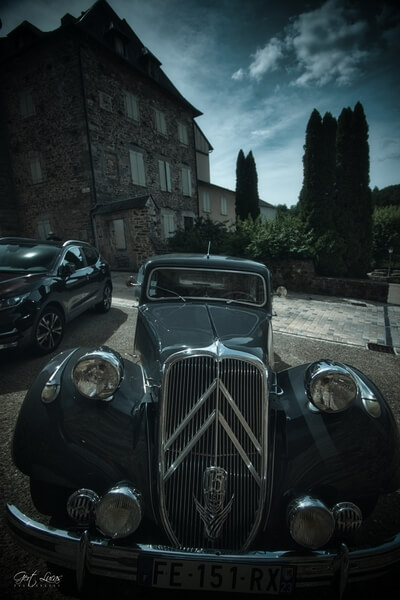 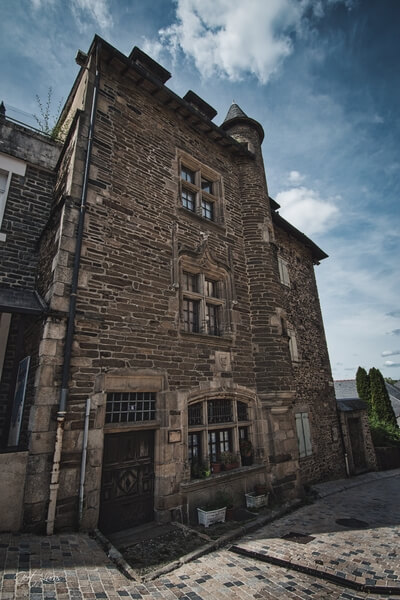 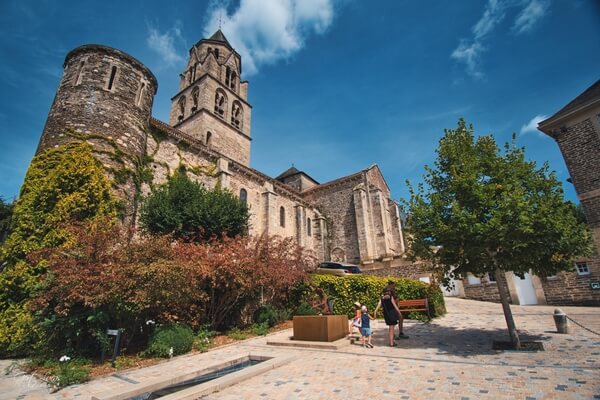 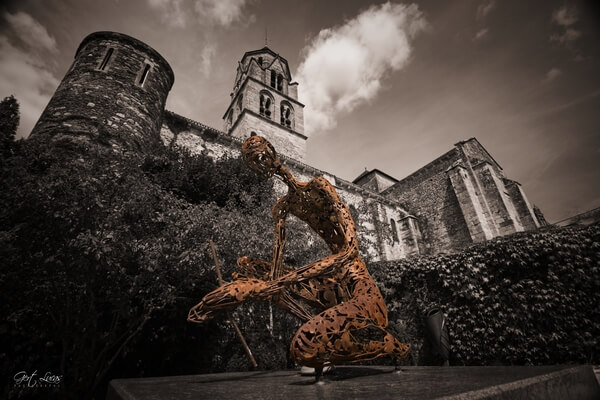 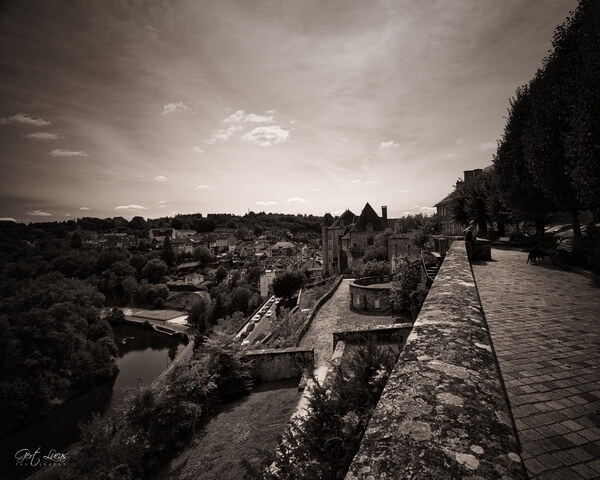 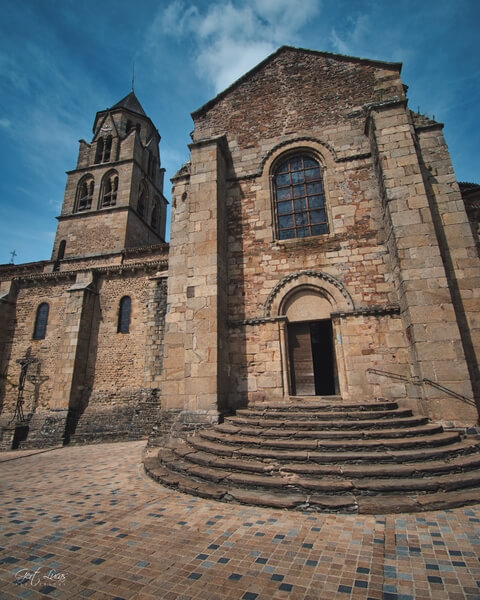 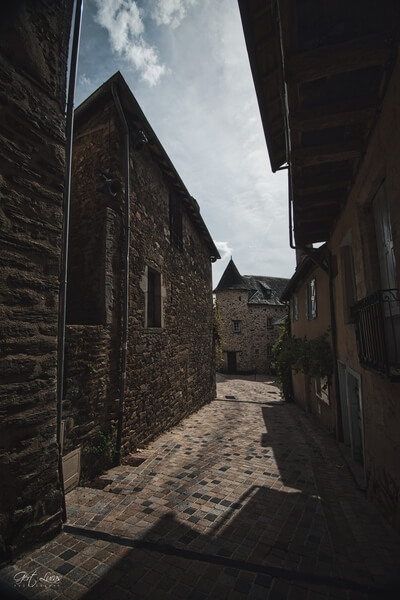 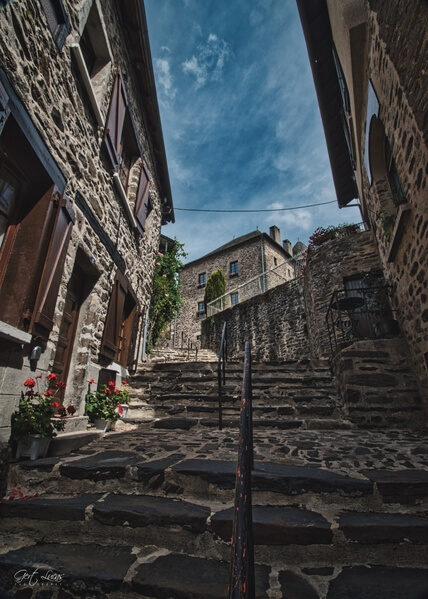 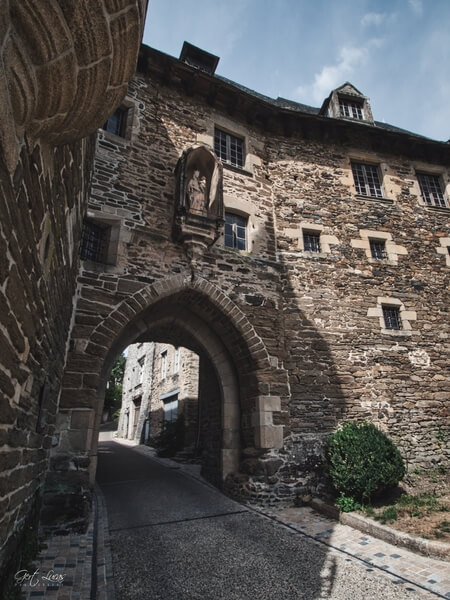 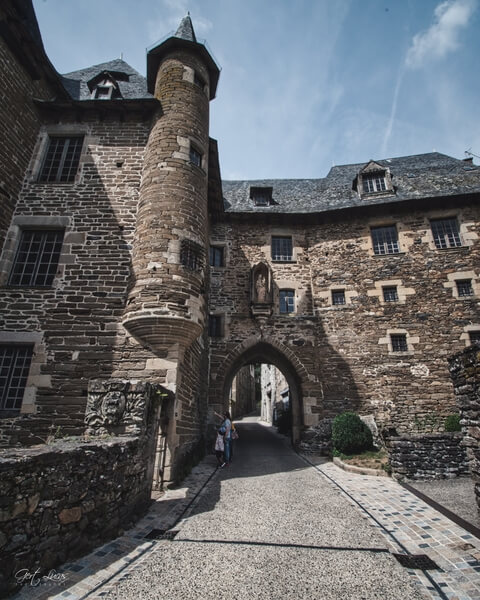 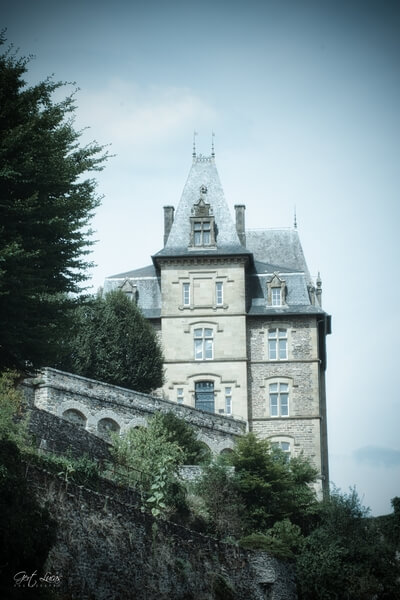 The beautiful Corrèze town of Uzerche sits stately on a rock formation above a tributary of the Vézère, and welcomes you for a wonderful journey through its historical heritage.

An invincible fortress town, Uzerche used to be on the border between High and Low Limousin, and played an important role in Carolingian times and the Middle Ages due to its strategic location and impressive fortresses. Was then called "Uzerche the virgin", she who had never been taken.

The medieval town is also known as the Pearl of Limousin thanks to its rich, remarkable architectural whole. The local tourist office has therefore set out a city walk, with information boards that take you along the old buildings, the stately towers and the attractively vaulted passageways. The walk takes you past Bécharie Castle, a defense system from the 15th century, rebuilt in the 16th and 17th centuries, on the inventory of historical monuments; but also an old fortified gate called Bécharie gate. Another important building on the route is the abbey church of Saint-Pierre, a masterpiece of Romanesque art in Limousin, fortified during the Hundred Years War, and whose ambulatory is decorated with capitals with carved plant motifs. Its 11th century crypt, one of the oldest in Limousin, has the same dimensions as the choir, ambulatory and chapels. Not far from there, place des Vignerons, you can admire the Black Prince Tower (tour du Prince Noir) from the 12th century. And if you walk through the typical streets of Uzerche, you will also have the opportunity to admire beautiful buildings such as castle Tayac, the house Eyssartier, the city palace Les Chavailles, castle Pontier but also an old timber-framed house in Pierre Chalaud Street. And to relax, head towards the cozy esplanade of la Lunade, equipped with benches from which you have a beautiful view of the Vézère and the surrounding hills!

The nature, which surrounds the atmospheric Uzerche, is reflected in the gardens and terraces, walls with flowers, the orchards and vegetable gardens. The Bécharie garden, open to the public, located below the famous Bécharie gate, is a pleasant plant garden, ideal for seeing the Uzerche heritage from a different angle.


Notice: Trying to access array offset on value of type null in /home/photohou/public_html/inc/my_collections.php on line 80


Notice: Trying to access array offset on value of type null in /home/photohou/public_html/inc/my_collections.php on line 147

Notice: Trying to access array offset on value of type null in /home/photohou/public_html/inc/my_collections.php on line 198

Save photo spots and create unlimited customised collections to organise your trips. View them on the go in the PhotoHound app.