Our contributors have added 74 photo spots to this North Wales photo guide. Have you discovered an amazing new location in North Wales?

The rugged, beautiful north of Wales is a paradise for landscape photographers, featuring stunning waterfalls, hills and mountains, charming coastal towns and villages, rugged seascapes, and a selection of iconic lighthouses. Lonely Planet listed North Wales as #4 best region in the world to visit in 2017, and other travel guides have followed suit in their praise.

Snowdonia National Park covers a great portion of this region and deserves its reputation for amazing photography opportunities for the intrepid visitor. Eryri, known in English as Mount Snowdon - is the highest mountain in Wales yet surprisingly accessible. In the summer months a queue forms to take selfies at the summit! Other peaks in the region are plentiful in number and range from easy, pleasant hikes to challenging technical ascents.

Ynys Mon, known in English as Anglesey, is a small island off the north-west coast of Wales. is an and has one of the most distinctive, attractive and varied landscapes in the British Isles.

Lleyn is the second AONB, a peninsula sticking out into the Irish Sea offering the visiting photographer rugged seascapes and charming bays.

The third AONB is the Clwydian Range, comprising an attractive hill range running from the coast at Prestatyn across the north Wales landscape towards the English border.

The dark skies and remote terrain around the region make it a favourable destination for shooting under the stars when weather permits. Unfortunately, Wales has somewhat of a reputation for grey skies and drizzly conditions, so astrophotography should be considered a treat rather than a certainty!

You truly are spoilt for choice when photographing in this area of Wales, come day or night. There are few restrictions regarding photography in north Wales, save for commercial use - much of the land, however barren, may well fall under the stewardship of organisations such as the National Trust or Cadw. Where appropriate, such information is provided in this guide. 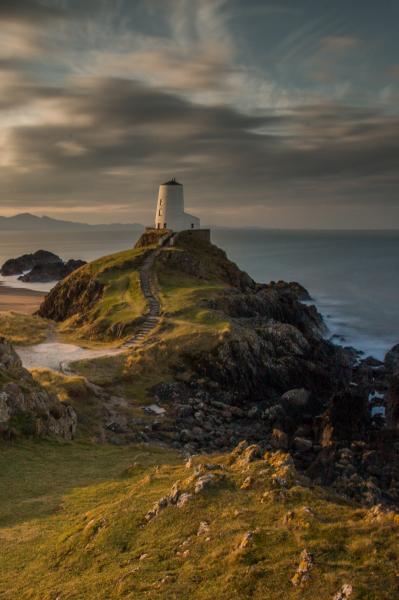 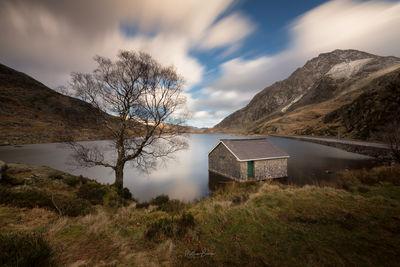 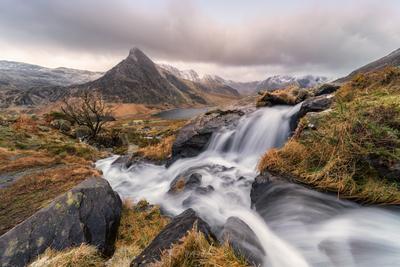 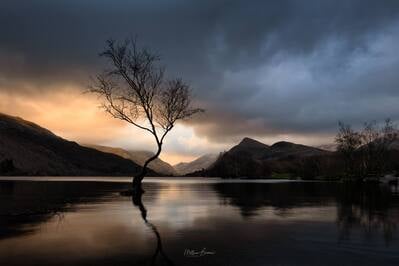 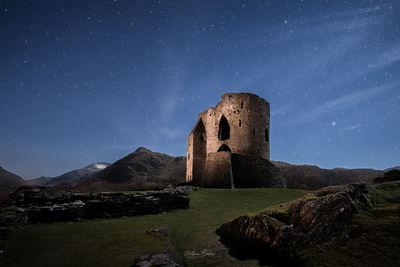 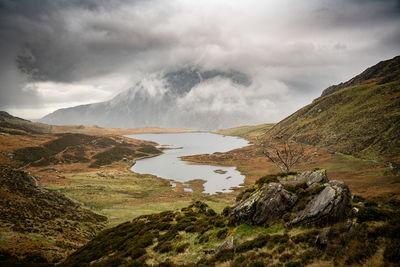 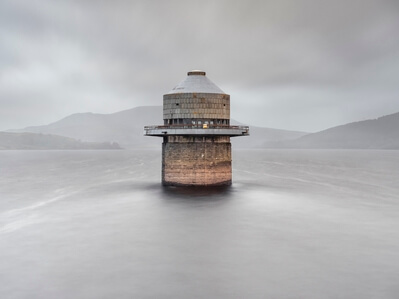 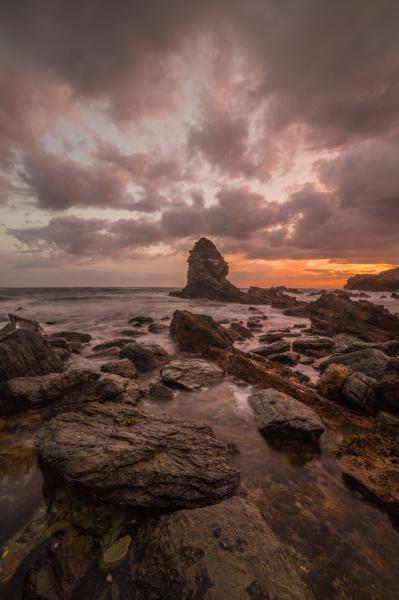 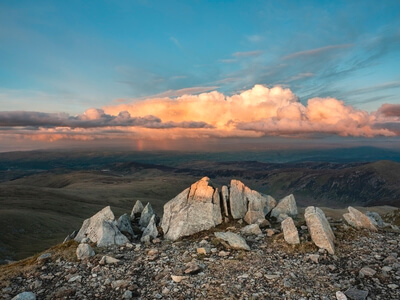 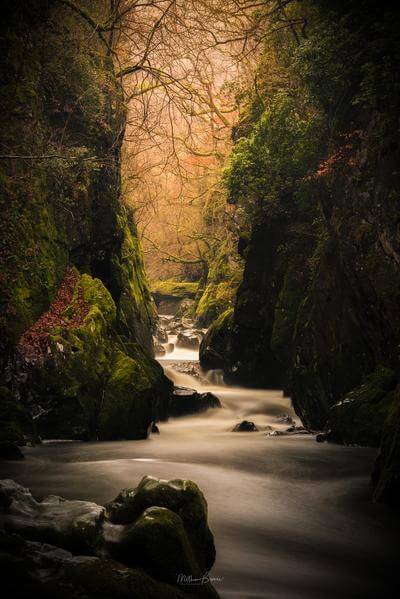 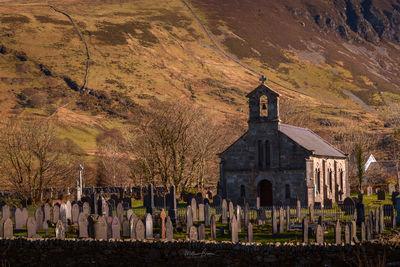 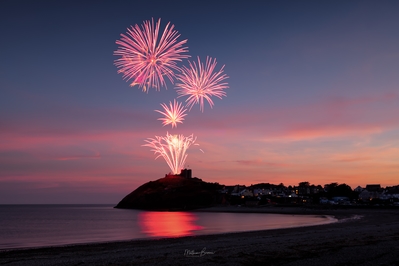 Selecting just a handful of top picks is subjective and terribly unfair to the rest of the region. There are just so many world-class viewpoints that whittling these down is a challenge. Therefore here's a selection of the most popular viewpoints. Use these merely as a starting point to explore further, rather than bagging the Instagram favourites - North Wales has so much more to offer.

Ynys Llanddwyn (Llanddwyn Island) is one of the most visited spots and not to be missed. Its rolling dunes, large rock outcrops and mixture of historic buildings make it an ideal place for an afternoon of exploration. Llanddwyn is not quite an island as it remains attached to the mainland, but is accessible by foot on low tide - beware of the tide rolling in and leaving you stranded for a few hours!

South Stack, Penmon, and Talacre lighthouses treat visiting photographers very well, each with its own character and selection of viewpoints and you can depend on an interesting shot regardless of weather.

The Menai Suspension Bridge carries road traffic between the island of Anglesey and the mainland of Wales. The bridge was designed by Thomas Telford and completed in 1826. It is a Grade I listed building that is lit at night and is an iconic structure that be photographed from several viewpoints.

The Lone Tree at Llanberis is a perennial favourite, an easy shot to grab as the car park is free and just steps away, and Llanberis itself is the gateway to Snowdon. It takes on a different character in all weather, seasons and times of day and so many shots from here are keepers.

Finally, the summit of Eryri (Mount Snowdon) at 1,085 metres provides spectacular views in every direction. On a clear day, even the coast of Ireland and the Isle of Man are visible. A challenging hike of several hours, unless you make use of the convenient mountain railways that runs in the summer months.

The weather is generally accurate but I would advise checking the local forecasts before venturing out. There’s always the chance of coastal winds so take adequate warm and waterproof clothing with you, and walking boots are also desirable. Be sure to check the tide times and carefully plan your locations accordingly. In some areas you’re free to roam, others it’s best to stick to paths, but watch your step and stick to the recommended trails.

Respect and follow National Park guidelines at all times. If you are planning to go out at night make sure you don’t venture out alone, always have a head torch and a fully charged mobile phone with you just in case. I would recommend checking out your location in daylight beforehand as you will find exposed cliff drops and trip hazards near some locations.

Mountain safety is paramount. If you are hiking in Snowdonia National Park always let loved ones know your route, take adequate food and drink, a charged phone in case of emergency, and warm layers even in summer. The summits of the peaks can be surprisingly cold. I once hiked Snowdon summit when it was calm and 17 degrees as ground level, and -2 with 35mph gusts at the summit. I was prepared for this, but many I encountered along the way were not. Mountain Rescue does a wonderful job, but that job is voluntary - please don't add to their workload and prepare properly for your visit.

Public transport is limited, so having your own transport is therefore advisable, almost a necessity. Some coastal locations and many of the spots in the Snowdonia range will require some amount of hiking, and car parking. It's advisable to keep a supply of loose change in your car for the various parking machines you'll encounter.

North Wales is considered a safe place to live, work and visit with very low levels of crime. However, normal common sense should be applied regarding your camera gear; don’t leave it unattended or in plain view in your vehicle when parked.

Mobile network coverage varies considerably. Within Snowdonia National Park, any mobile signal should be considered a treat, whereas elsewhere, in the towns that surround, you should be fine. The heritage railways of North Wales put on regular events throughout the year, too many to list, but worth consulting their websites prior to your visit to see if there is something you'd like to shoot.

Snowdonia's rugged terrain plays host to many walking festivals, triathlons and endurance events, particularly in the summer months. Regardless of whether or not you intend to shoot them, it could be worth consulting Snowdonia's "What's On" page to check if such an event will coincide with an intended hike - your hope for serene mountain scene could be compromised if 200 heavy-breathing athletes suddenly chug through frame!

On Anglesey, the annual Walking Festival and the tantalising taste-bud experiences of both the Beer and Oyster Festivals provide plenty to try and photograph. The annual Anglesey Show and Maritime Festival are two more events that attract many visitors.

The Llangollen International Musical Eisteddfod is a world-famous music festival which takes place every year during the second week of July in Llangollen.

The coastal zone of Anglesey was designated as an AONB in 1966 and was confirmed in 1967. It was designated in order to protect the aesthetic appeal and variety of the island’s coastal landscape and habitats from inappropriate development and covers most of Anglesey’s 201 kilometre (125 mile) coastline. From the minute you cross one of the bridges you’ll see stunning landscapes, rugged coastlines, picturesque villages and lighthouses that are just waiting to be photographed.

The isle provides an array of photography opportunities all year round and the varying tides make each unique coastal location a new experience every time you visit. Inland there is also so much to be discovered, from an array of historic landmarks including a castle, historic copper mine, an active mill, and burial mounds to name a few. Anglesey is extremely proud of its rich history and invites you to discover and explore its lively past through a number of inspiring attractions. The best region for landscape photography in Wales - and one could argue, the entire United Kingdom - Snowdonia features a bountiful supply of lakes, waterfalls, hills and mountains. The landscape is occasionally punctuated by a rustic farmhouse, a castle, or a steam railway.

Keen hikers will be rewarded with spectacular vistas but those more comfortable at ground level will still find just as much to marvel at.

The park covers over 2,000 km² and is steeped in myths and legends. Visitors from North America are often pleasantly surprised to find there are no fees for entering or leaving Snowdonia National Park! You're free to visit, roam and enjoy as you please. Born and raised in the heart of Snowdonia, North Wales, I’ve been exploring the local terrain as long as I can remember. When you’re behind the lens the world is really what you make it, there’s simply nothing like it.
View profile