Top places to photograph in Singapore

These are the very best Singapore Instagram spots, curated by the PhotoHound team. If you've got limited time here, these are the must-see locations to shoot while you're in Singapore! 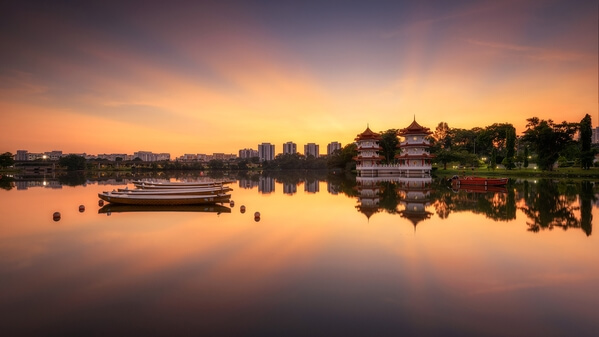 Chinese Garden is a park in Jurong East, Singapore. Built in 1975 by the JTC Corporation and designed by Prof. Yuen-chen Yu, an architect from Taiwan, the Chinese Garden’s concept is based on Chinese gardening art. The main characteristic is the integration of splendid architectural features with the natural environment. The Chinese Garden is modelled along the northern Chinese imperial style of architecture and landscaping. It is located next to Chinese Garden MRT Station and connected to the adjacent Japanese Garden by a bridge. 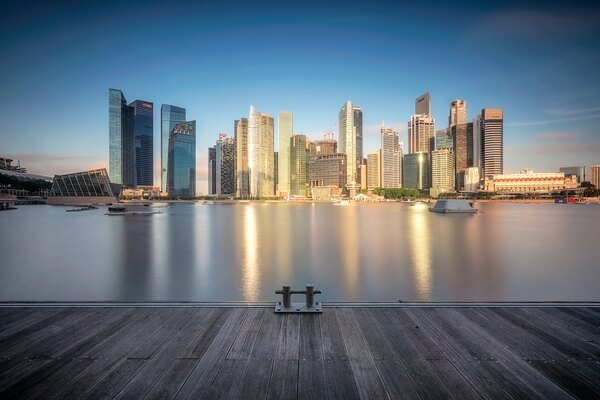 This standalone luxury boutique store is connected to the main shopping mall both underground and through the boardwalk. From the wooden platform, an alternative perspective of the Marina Bay skyline can be captured, with the boardwalk and the anchor serving as foreground. The building itself - a monolith of glass and steel - is also an interesting architectural subject.
Learn more about Louis Vuitton Exterior & Boardwalk 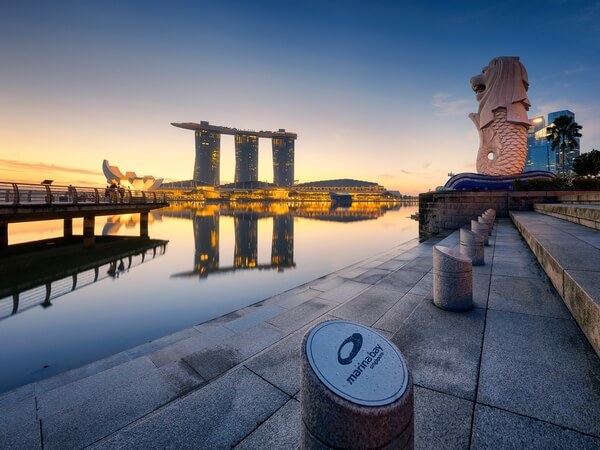 Merlion Park, is a Singapore landmark and major tourist attraction, located at One Fullerton, Singapore, near the Central Business District. It was originally designed in 1964 by the Singapore Tourism Board as an emblem of Singapore. The Merlion is a mythical creature with a lion's head and the body of a fish that is widely used as a mascot and national personification of the country. Two Merlion statues are located at the park. The original Merlion structure measures 8.6m tall and spouts water from its mouth. It has subsequently been joined by a Merlion cub, which is located near the original statue and measures just 2m tall. 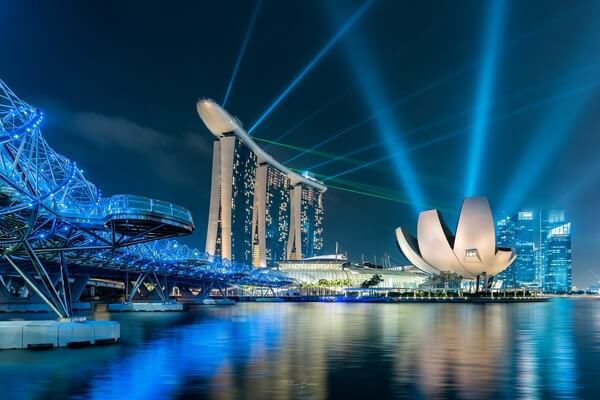 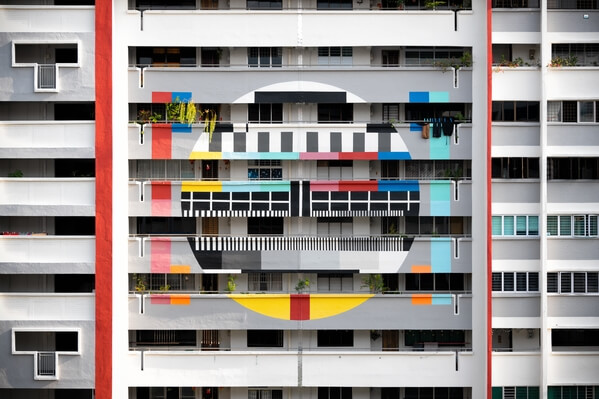 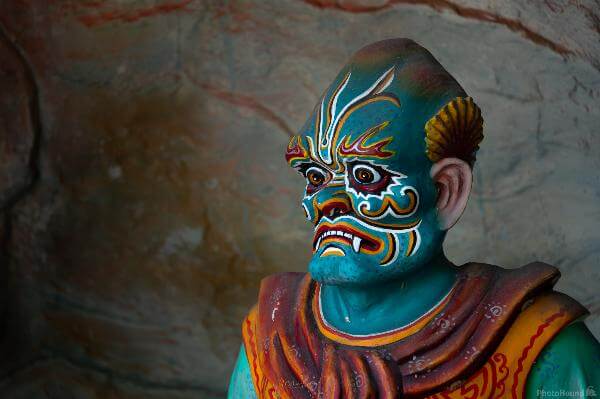 Haw Par Villa - formerly known as the Tiger Balm Garden – was built in 1937 by Aw Boon Haw, a millionaire philanthropist. The eclectic and sometimes bizarre park is an open air exhibition of hundreds of colourful sculptures and dioramas depicting aspects of Asian culture, history, philosophy and religion.
Learn more about Haw Par Villa 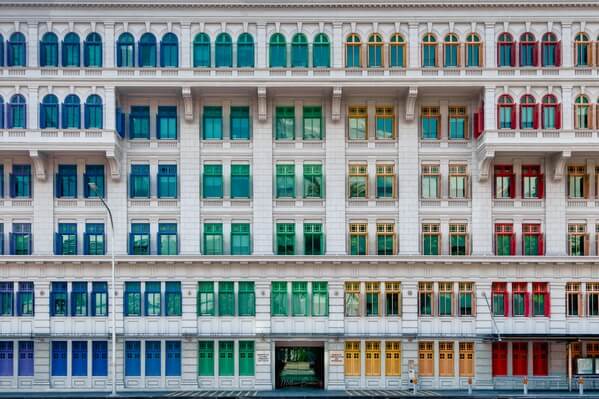 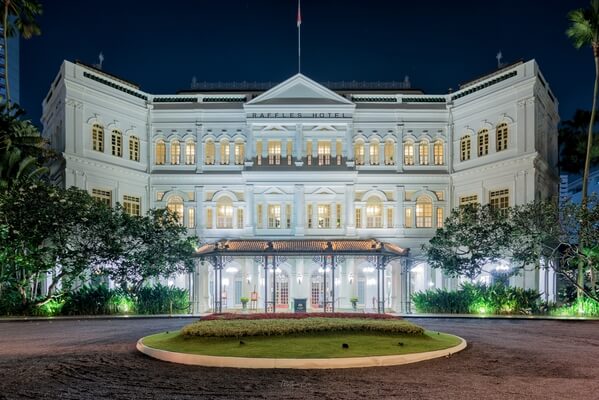 The exterior of the world-famous luxury hotel dating back to colonial times. It was established in 1887 and named after the British statesman Sir Thomas Stamford Raffles, who was the founder of Singapore. It is also renowned as the birthplace of the Singapore Sling cocktail.
Learn more about Raffles Hotel - Exterior 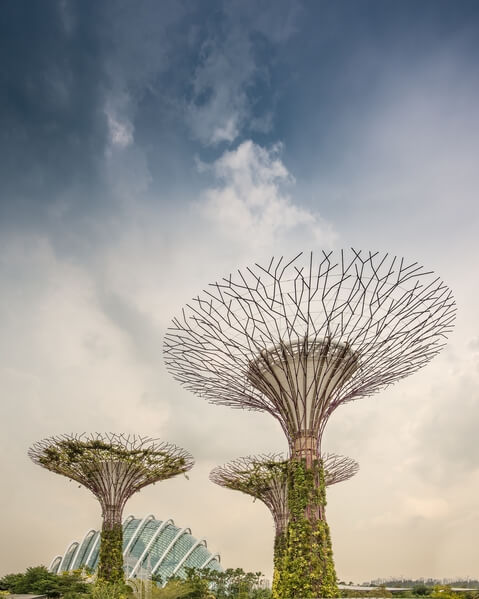 A "grove" of enormous artificial tree-like structures which have become one of Singapore's most famous landmarks.

An elevated walkway, called the OCBC Skyway, spans two of the larger Supertrees for visitors to enjoy a panoramic aerial view of the surrounding Gardens.
Learn more about Supertree Grove 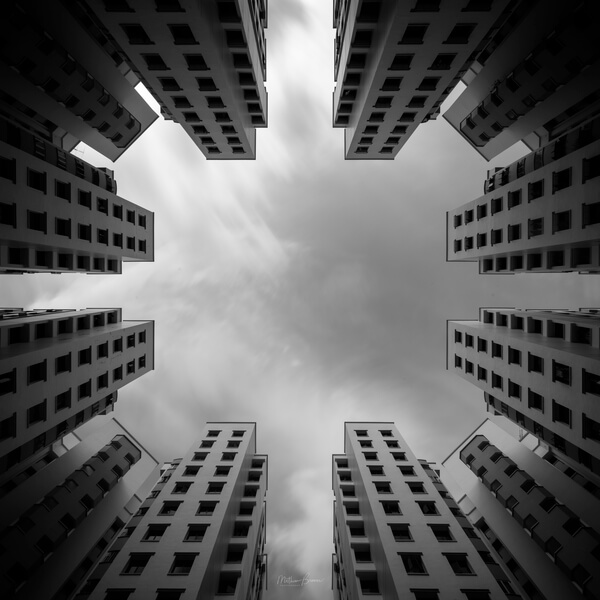 An estate of HDB residences which form a perfect geometric shape.
Learn more about Block 669B 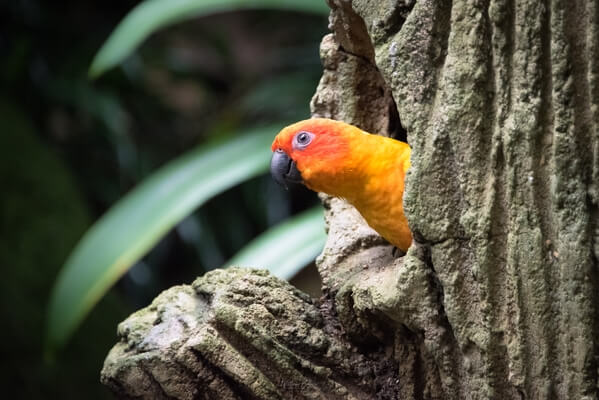 A huge bird park with over 12,000 birds from 500 distinct species. There are daily shows and wonderful flying displays also.
Learn more about Jurong Bird Park 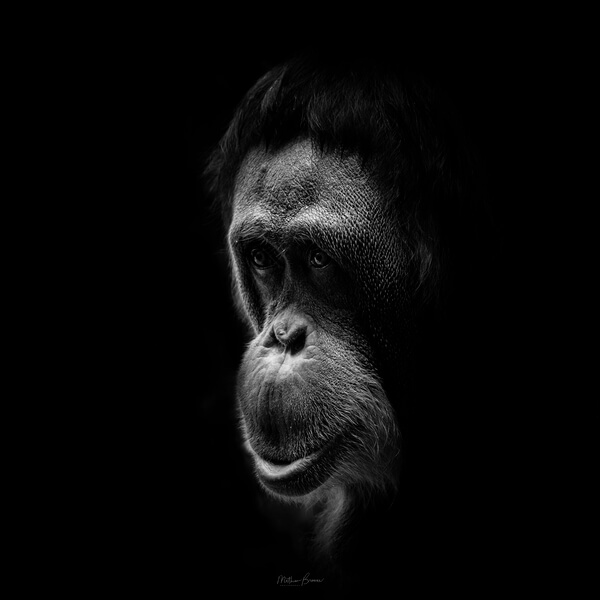 One of the largest and highly regarded zoos in the world, Singapore Zoo displays over 300 different species of animal in a 69 acre site.
Learn more about Singapore Zoo 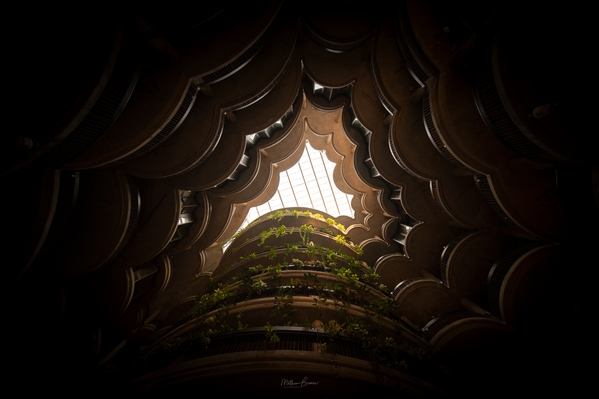 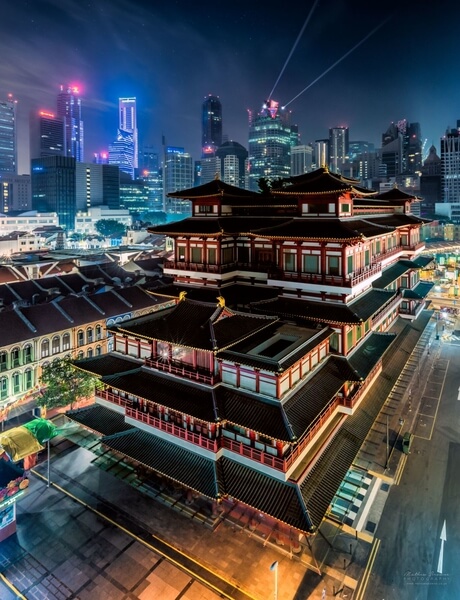 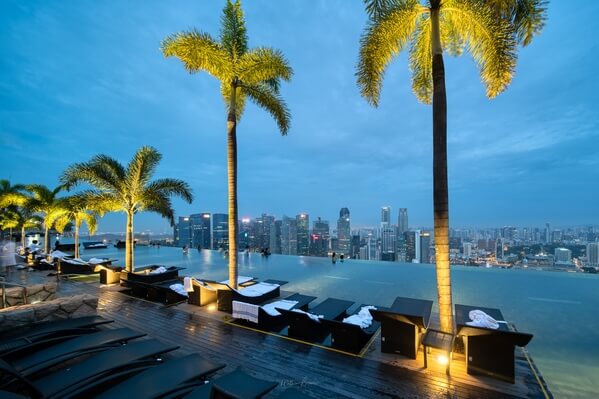 Marina Bay Sands is an integrated resort fronting Marina Bay in Singapore. At its opening in 2010, it was billed as the world's most expensive standalone casino property at S$8 billion, including the land cost. This spot pertains to the locations and viewpoints that one can only experience as a paid guest of the hotel.

The views from the 2,561 rooms range from great to jaw-droppingly spectacular - make sure to ask for a high floor room when you check in. Rooms will either face north towards the city's skyscrapers, or south over the Gardens by the Bay and out to sea.

The star attraction is the rooftop infinity pool - one of the world's most notorious Instagram hotspots. It sweeps across the Singapore skyline giving a truly remarkable, world-class view of the city.

We hope you enjoy photographing these great Singapore Instagram locations. We love seeing your images of the most Instagrammable places in Singapore, so make sure to share your images on PhotoHound and tag us on Instagram @photohound and hashtag #photohound for a chance to be featured.