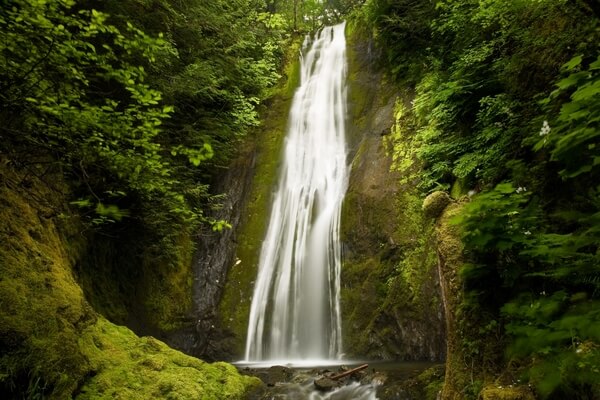 In 2014 the Glines Dam was removed, Lake Mills Reservoir drained and the entire Elwha drainage allowed to begin its return to its natural condition. Even though the salmon have already begun to return to their spawning grounds, the river and surrounding area will take years to heal. Please respect any signs or closures you may find and allow nature to do its magic. The river has washed out the two valley campgrounds and caused considerable damage to the road. Beautiful Madison Falls is one of the few of the area's highlights that, so far, has escaped damage from the rages of the river. The waterfall is accessed by a short, 0.1 mile, walk on a paved trail through the forest. 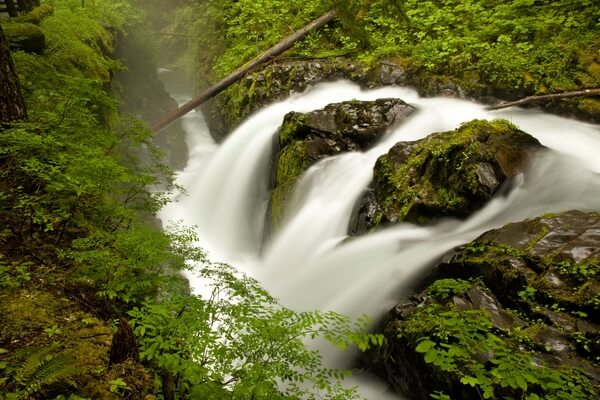 Sol Duc Falls is one of the most photographed locations in Olympic National Park. The 0.9-mile trail to the falls is nearly level and very wide, traversing through some idyllic forest; green, lush and very photogenic. The trail also crosses a picture perfect creek which cascades down a moss covered hillside. 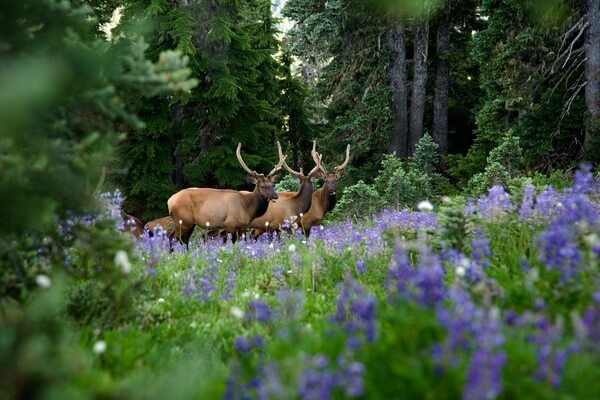 The High Divide is one of the premiere photographic locations in Olympic National Park. The oft viewed image of an avalanche lily covered meadow with glacier clad Mount Olympus and Mount Tom in the background is iconic, but hard to get because of the special weather conditions required. Luckily, that is not the only beautiful image found along this trail. After a short side trip to visit Sol Duc Falls, hikers are treated to majestic stands of virgin forest and scenic fern-covered glades along the Sol Duc River trail. After Sol Duc Park, the trail heads into alpine meadows as it climbs to Heart Lake before making the final ascent to the High Divide, reached at 7.5 miles. Head right and up along the ridge for 0.25 mile to the wildflower meadows and views of across the Hoh River Valley to the Olympus massif. The result of all this scenery is the most popular backcountry hike in the park. It is strongly recommended to secure an advance reservation if you plan to camp. https://www.nps.gov/olym/planyourvisit/wilderness-reservations.htm 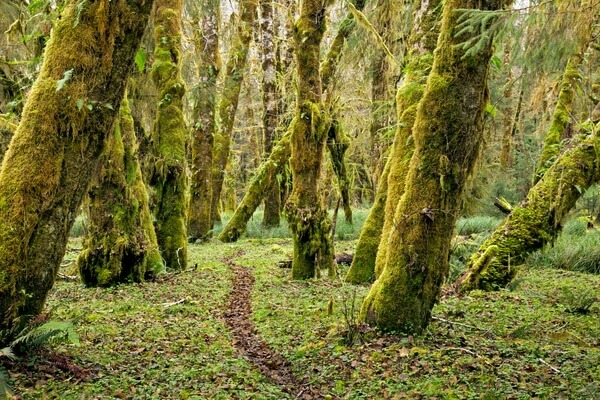 Queets River Valley is seen by many to be the most beautiful and certainly the most pristine of all the rain forests in Olympic National Park. Few visit this area mainly due to the lack of bridges across Sams River and the Queets. Both rivers must be forded in order to reach the heart of this magnificent wilderness. Sams River trail is an alternative for those who arrive at the wrong time of year to ford the rivers or simply have too much sense to do so. Along this trail the vegetation is dense, creating an overgrown arbor festooned with long stringers of moss. Open areas, where settlers mistakenly tried to farm, are now grassy meadows and popular with deer and elk. (Note, Sams River trail may be flooded and impassible after prolonged rains.)
Learn more about Sams River Trail 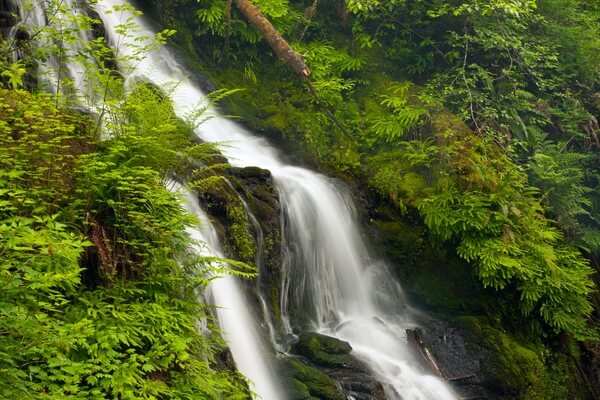 A nicely laid out trail system leads visitors through the rain forest on the south side of Lake Quinault. Loop walks through the rain forest vary in length from 0.5 miles to 10 miles. Along the way, pass moss hung trees, a fern covered canyon and a cedar bog notable for giant, colorful, skunk cabbages in the spring. Two waterfalls are passed along the Quinault Rain Forest Loop with an optional side trip to a third.
Learn more about Quinault Rain Forest Loop Trails 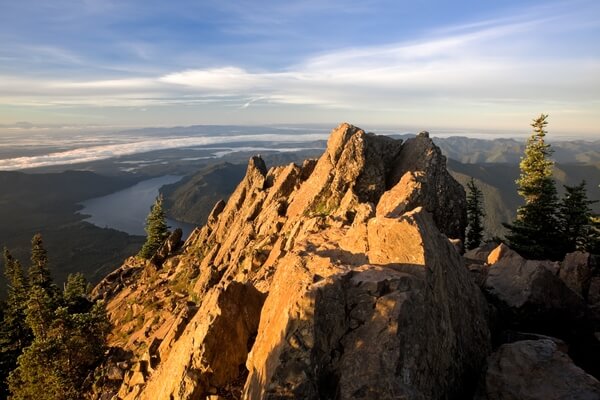 This is a very strenuous hike, from the Upper Trailhead the trail gains 2500 feet in just 1.6 miles. The rewards are amazing views over the Hood Canal, Puget Sound and the Cascade range from Glacier Peak to Mount Rainier. At the top is a vast panorama of Olympic summits from Mount Washington to Mount Olympus. In addition to the broad scenery are meadows covered with sub-alpine flowers in season and the very good chance of sighting mountain goats on the cliffs and crags or right next to you. http://www.fs.fed.us/wildflowers/regions/Pacific_Northwest/MtEllinor/index.shtml
Learn more about Mount Ellinor 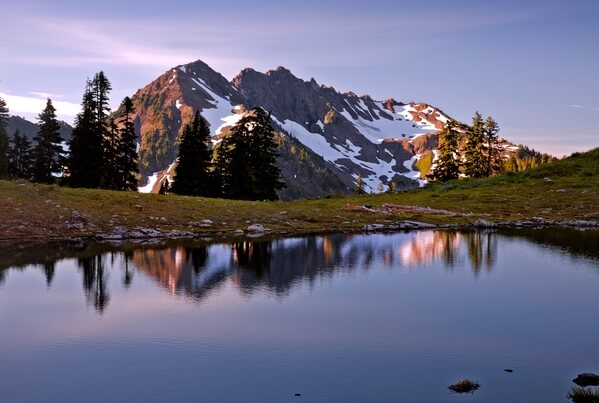 Meadows, wildflowers, glaciers, views, craggy summits and alpine lakes are the goal of this extended hike into the southern half of the Olympic Range. Despite the long, 27.4 mile trek to reach it, Hart Lake and nearby Lake La Crosse are very popular destinations. Take plenty of time to savor the highlights of this area: Mount Anderson Glacier, O'Neil Pass trail, O'Neil Pass and the Hart Lake area. If struck hard by the spirit of adventure, consider making a loop over La Crosse Pass on the way back. 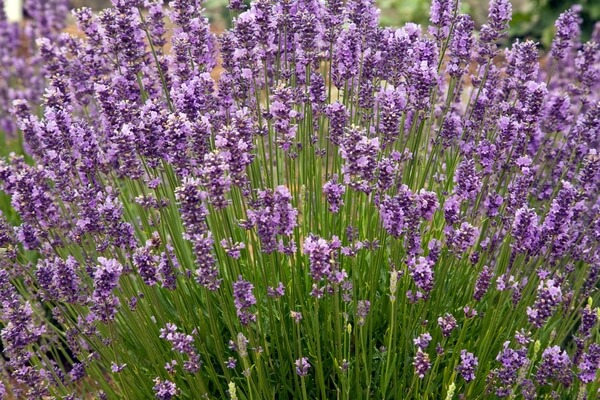 The town of Sequim and the surrounding area is known for its location in the rain shadow of the Olympics. This fortunate happenstance leads to a drier, sunnier climate than found anywhere else on the Olympic Peninsula. The climate is just what is needed for growing lavender and there are numerous fields of the aromatic plant around the Sequim area.