Luxembourg City is the capital of Luxembourg, the country. It is a city that occupies clifftop plateaus and the Alzette river valley below, which led it to be nicknamed the "Gibraltar of the North".

The most interesting districts from a photographer's perspective are:

Ville Basse, the low city, found in the lower parts of the city surrounded by clifftops and hugging the Alzette river.

Ville Haute, the high city, which boasts most of Luxembourg's medieval architecture.

Kirchberg is the European Quarter, full of modernist architecture.

Clausen is an older part of town with its own character and charm, and some interesting viewpoints. 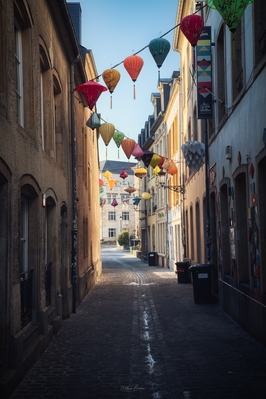 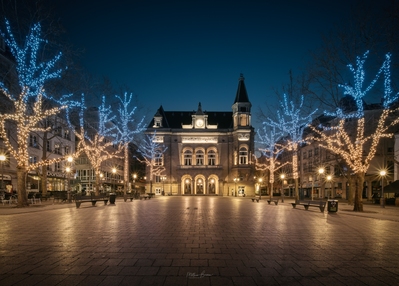 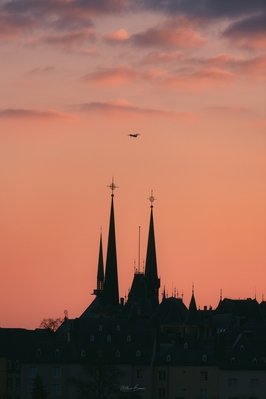 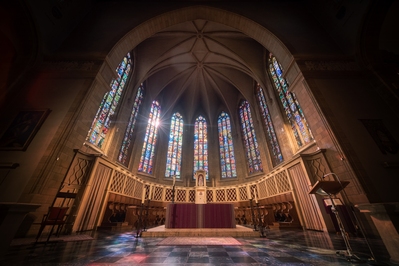 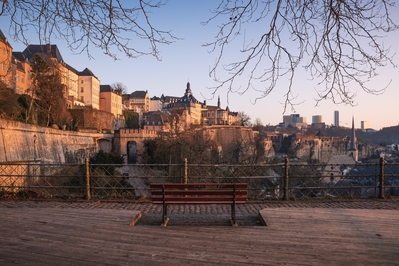 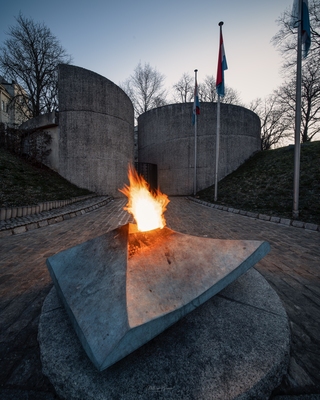 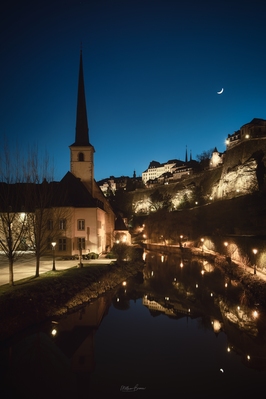 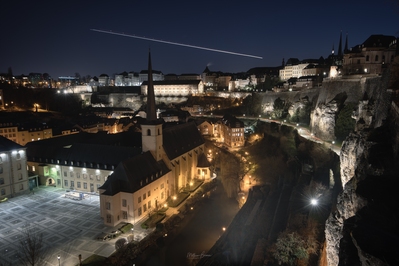 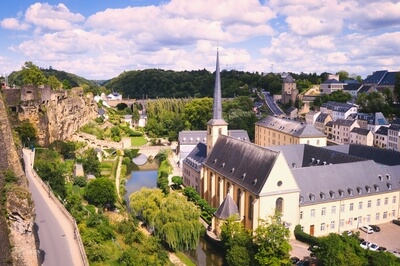 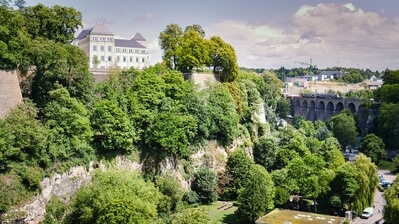 Luxembourg-Findel International Airport (LUX) is just a few kilometres outside Luxembourg City and very easily accessible from the city centre using bus numbers 29 and 16 which stop right outside. Luxembourg's national carrier is Luxair, which flies to many EU destinations. It is also a destination for other carriers such as Easyjet, Ryanair, British Airways, KLM, Swiss, Lufthansa, and many others.

Luxembourg can be reached by train from several other European capitals. For example, Paris is an hour away, Brussels is 3 hours.

With the exception of first class train travel, all public transport in the country of Luxembourg is free!

Getting around Luxembourg City is easy - there is an extensive bus network plus a rapid tram line connecting the train station with the European Quarter. And just because it's worth repeating - it's all free, even to tourists. The Casemates Bock is a network of underground tunnels and the remains of a fort, built in the 18th century. It is recognised as a UNESCO World Heritage Site and offers remarkable views of the Grund area of the city.

The Grand Ducal Palace in the very heart of Luxembourg can be visited during the summer months, at other times it serves as the official residence of the Duke of Luxembourg. Armed guards stand outside and you can witness the changing of the guards here regularly throughout the day.
The landmark Cathedrale de Notre Dame is Luxembourg's only cathedral, built between 1613 and 1618. Spectacular inside and out, its twin spires are distinctive on the city skyline. Nearby is the Gëlle Fra, a golden figure of a woman holding a wreath a symbol of victory, removed during Nazi occupation but returned as a memorial to those who gave their lives in World War II.
Kirchberg is informally known as the European Quarter and is home to many examples of modern architecture and art, most notably the Philharmonie and MUDAM.
There are several excellent cityscape viewpoints dotted all over the city. A walk along the Corniche is arguably the best and certainly the most accessible from within the Old Town. You may also consider the excellent but lesser-seen viewpoints at Aussichtspunkt Clausen or Fort Obergrünewald. Born in 1976 I discovered photography at the age of 12. Buying my first Pentax reflexcamera was the best investment ever. Since then I evolved with the camera(s) and have embraced the digital technology in my photography. Even after 30 years I am still searching for my "artistic identity" in photography and like to try and discover many different styles. I work with a Nikon Z5 and a backup D5600.
View profile