Top places to photograph in Dorset

These are the very best Dorset Instagram spots, curated by the PhotoHound team. If you've got limited time here, these are the must-see locations to shoot while you're in Dorset!

Durdle Door is without doubt the jewel in Dorset’s crown and whilst it has been shot a million times before, it is a joy to photograph here – a location difficult to tire of. It is world famous, a geological wonder and set beautifully at the end of a sweeping bay - it is ridiculously photogenic. Durdle Door’s existence is owed to the collision of the African and European tectonic plates 25 million years ago; the ripples extended far north and folded the rocks along the coastline here, in what would become south Dorset and Purbeck. Over the millennia, the seas have broken through the hard limestone, washing away the softer rocks behind and creating the arch in the process. Amazingly, just 100 yards from Durdle Door is another 1st class photographic location in Man O’ War Bay.

The crescent shaped Man O’ War Bay is another stunning coastal location that really has it all; towering cliff faces, a beautiful half-moon shoreline, ledges, jagged rocks protecting the seaward entrance and a rugged coastline disappearing off to Dungy head in the distance and Durdle Door, just a hundred paces west.

Walking down into the deserted bay on a winter’s morning really can feel like stepping into a prehistoric lost world, cliffs rising up vertically and rocks shaped like serrated teeth protecting the seaward entrance from the crashing waves.
Learn more about Man O’ War Bay

A lighthouse has been present at Portland Bill for nearly 300 years acting as a guiding light for vessels heading to Portland and Weymouth. The present lighthouse, built in 1906, wards mariners away from the hazardous Shambles Bank lying three miles offshore and acts as a waymark for vessels navigating in the English Channel. From a photographer’s viewpoint, this is a simply stunning area and the lighthouse’s famous red and white candy stripes just add to the location’s attraction.
Learn more about Portland Bill Lighthouse

Pulpit Rock is all that remains of what was once a natural sea arch, the majority of it chopped away by quarrymen during the late 19th century – the remnant stack purposely left as a relic to the quarrying activities that Portland remains famous for. The rock, which is exposed to some of Portland’s wildest seas, constantly battered by huge rolling waves, can be a truly epic place to photograph. 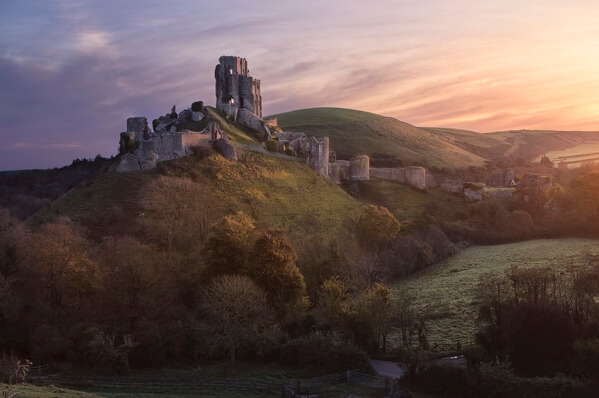 ‘Iconic’ is a great adjective for Corfe Castle. The haunting ruins of the 11th century fortification that bridges the single gap in a ten plus mile range of the Purbeck Hills, offers up some of the most striking photographic images in the South of England; in particular when spring and autumn mists shroud the surrounding countryside.
Learn more about Corfe Castle 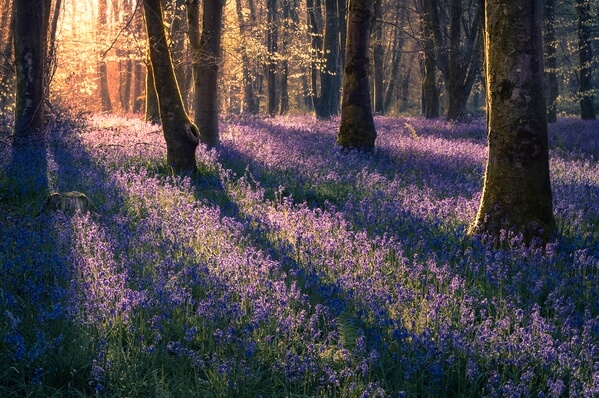 Durweston is a small rural village northwest of Blandford Forum situated by the River Stour at the point where it flows out of the Blackmore Vale through a steep, narrow gap between the Dorset Downs and Cranborne Chase. The area around the village is a great location for capturing agricultural/rural images and in particular when the bluebells and poppies are in flowering season.
Learn more about Durweston

Abbotsbury is a quaint Dorset village famed for the Swannery on Fleet Lagoon and St. Catherine's Chapel standing sentinel above the village and commanding views along Fleet Lagoon towards Portland. The chapel is visible from miles around and can be shot close up or from Abbotsbury Hill on the impressive coastal road towards Bridport where the Jurassic coast spans out beyond the chapel.
Learn more about St. Catherine's Chapel - Abbotsbury 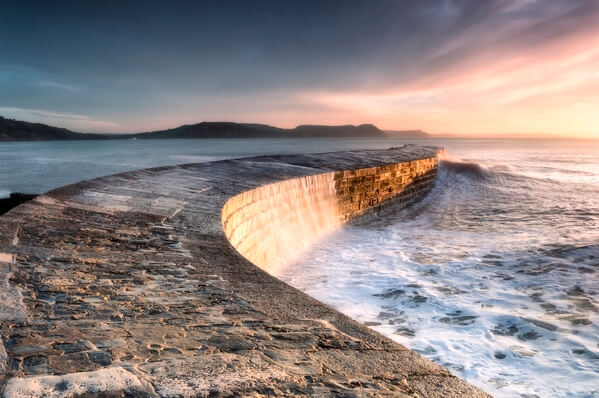 Lyme Regis, a little seaside resort back dropped by moody blue cliffs, boasts some stunning scenery but the Cobb that snakes out into the sea protecting the harbour and town from the worst of the winter waves, is the star attraction. The Cobb is an atmospheric location to shoot especially in brooding weather when winter waves crash into and over it. Lyme Regis is also famous for its Blue Lias clay, and in particular the remarkable fossil remains of creatures from the Jurassic seas of 180 million years ago that it hides.
Learn more about Lyme Regis

We hope you enjoy photographing these great Dorset Instagram locations. We love seeing your images of the most Instagrammable places in Dorset, so make sure to share your images on PhotoHound and tag us on Instagram @photohound and hashtag #photohound for a chance to be featured.