Top places to photograph in Cambridgeshire in 2022 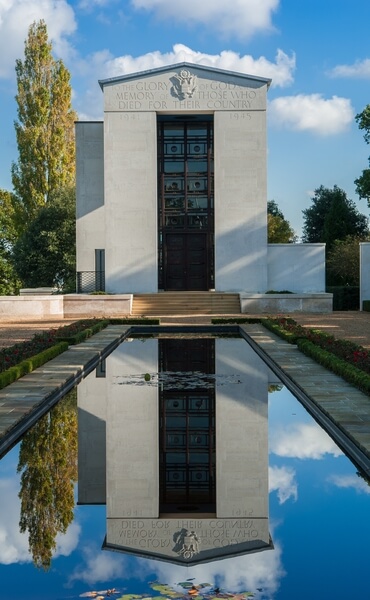 The cemetery was opened in 1956, and commemorates American servicemen and women who died in World War II. It is administered by the American Battle Monuments Commission. The cemetery dates to 1943, when it was opened as a temporary cemetery on 30.5 acres of land donated by the University of Cambridge. After the war, it was selected as the only permanent American World War II military cemetery in the British Isles, and about 42% of those temporarily interred in England and Northern Ireland during the war were reinterred at Cambridge Cemetery.
Learn more about American Cemetery & Memorial, Cambridge 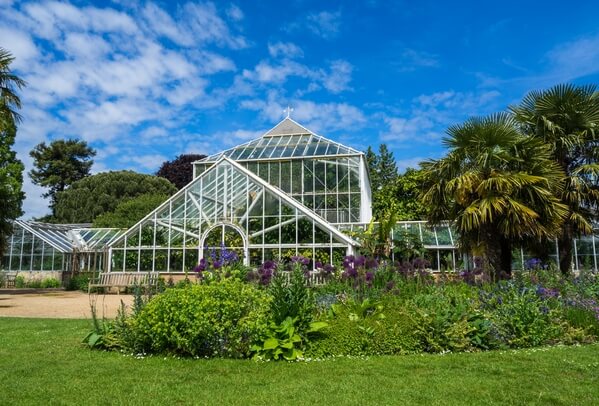 Opened in 1846, Cambridge University Botanic Garden has been an inspiration for gardeners, an exciting introduction to the natural world for families and a refreshing oasis for all our visitors. This heritage-listed Garden has been designed for both year-round interest and seasonal inspiration so, whenever you visit, you will find plants to intrigue and enchant. There is an entrance fee.
Learn more about Cambridge University Botanic Garden 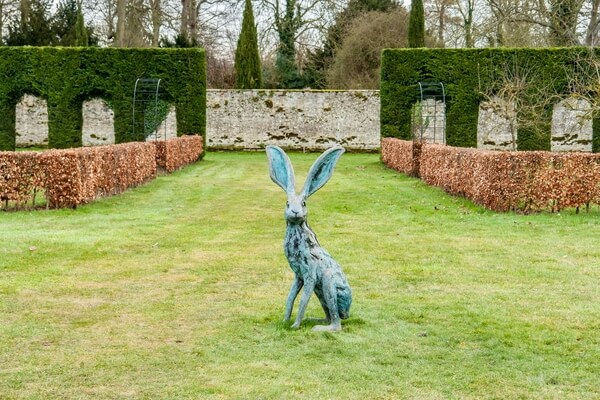 Chippenham Park has passed by descent in the present owner's family since 1791. The house itself has been through many incarnations finally being rebuilt in the 1880s in the fashionable Queen Anne revival style. Before that it had been an abbey, a grand country villa, a modest hunting lodge and was nearly rebuilt as a grand neo-classical house by James Wyatt in the 1790s. The park itself was created in the 1690s by Admiral Russell with the permission of the King, William III. He was later made Lord Orford and First Lord of the Admiralty and planted large avenues in the Park to illustrate the battle formations of La Hogue, his famous naval victory over the French. He died without heir and in 1791 the estate was bought by John Tharp, a hugely successful sugar baron. He greatly enlarged the estate and was passionate about trees, of which he planted many thousands.
Learn more about Chippenham Park Gardens 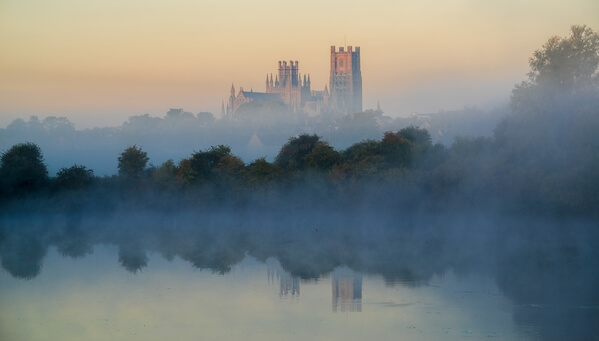 The pits were a source of gault, an impervious clay used to maintain river banks in the low-lying regions of the South Level of the Fens. Since extraction stopped, they have become a wetland wildlife habitat. The reserve is in two adjacent areas, and access is from Kiln Lane, which provides a barrier between them. These former clay pits have lakes and reedbeds. Birds include common terns, kingfishers and reed warblers, there are flowers such as bee orchids and emperor dragonflies.
Learn more about Ely Cathedral from Roswell Pits 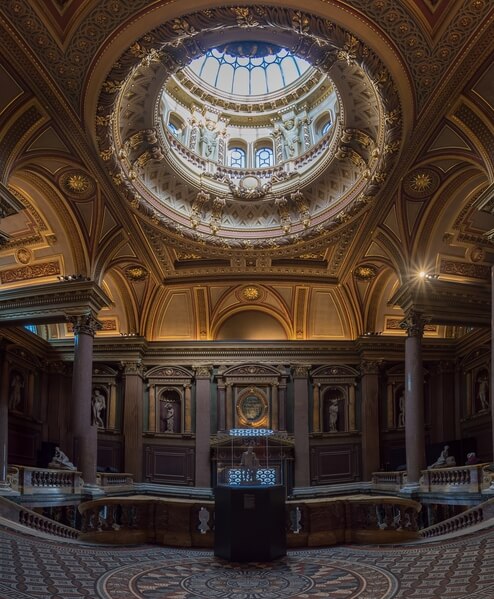 The Fitzwilliam Museum was described by the Standing Commission on Museums & Galleries in 1968 as "one of the greatest art collections of the nation and a monument of the first importance". It owes its foundation to Richard, VII Viscount Fitzwilliam of Merrion who, in 1816, bequeathed to the University of Cambridge his works of art and library, together with funds to house them, to further "the Increase of Learning and other great Objects of that Noble Foundation".
Learn more about Fitzwilliam Museum, Cambridge

Jesus Green is a broad piece of parkland immediately adjacent to Midsummer Common. The long,
straight, tree-lined foot and cycle paths that criss-cross it are used daily by commuters and tourists.
On summer days is a favourite picnicking spot, with acres of space for children of all ages to run around and wear themselves out. There is an open-air lido, a children’s playground and a skateboard ramp. It is also home to the Cambridge Beer Festival in May of every year. 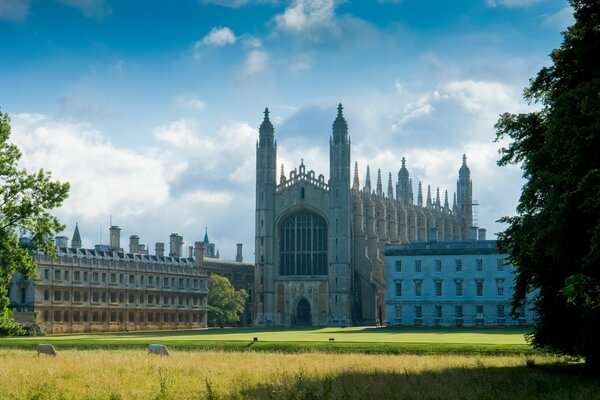 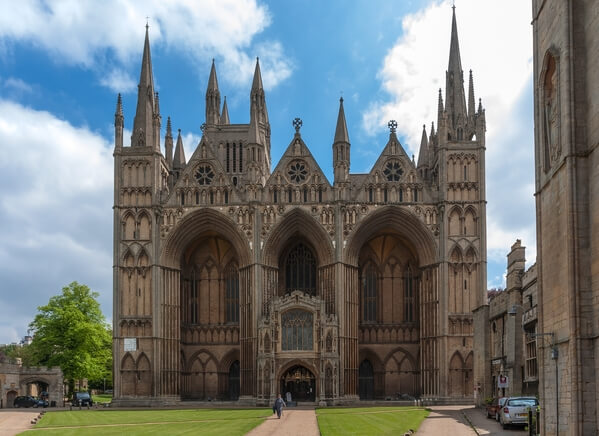 Peterborough Cathedral is one of the finest Norman cathedrals in England. Founded as a monastic community in 654 AD, it became one of the most significant medieval abbeys in the country, the burial place of two queens and the scene of Civil War upheavals. Of all the historical characters associated with Peterborough Cathedral, Katharine of Aragon, first of Henry VIII’s six wives, is undoubtedly the most famous, and her tomb is a popular visiting spot for tourists.
Learn more about Peterborough Cathedral 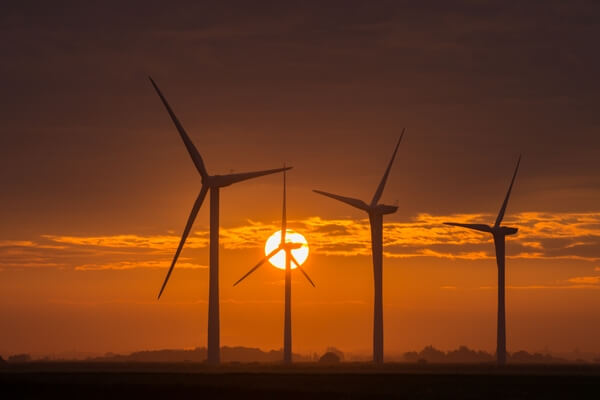 This very flat area of farmland between Warboys and Chatteris is a prime location for a wind farm, and adds interest to an area which would be pretty bland otherwise. There is very little else of any interest to the landscape photographer to be seen, but the roads around this fen do allow varied viewpoints from nearly all points of the compass.
Learn more about Tick Fen wind farm

Ancient in origin, historically Lady's Wood was managed as traditional coppice, although many trees were felled in 1951. Some trees were left lying in the wood and now provide a marvellous habitat for insects and fungi. During April the wood becomes resplendent with the display of bluebells. Lesser celandine, greater stitchwort and dog's mercury are also on display. Many birds have been recorded at Lady's Wood, including tawny owl and three species of woodpecker – green, lesser spotted and great spotted.