Top places to photograph in Berlin

These are the very best Berlin Instagram spots, curated by the PhotoHound team. If you've got limited time here, these are the must-see locations to shoot while you're in Berlin! 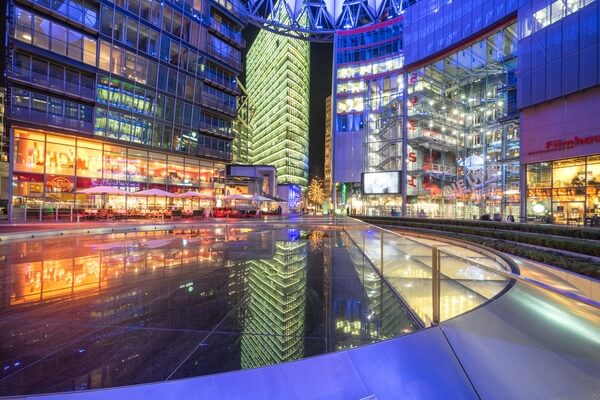 This Sony-sponsored building complex in the middle of Berlin was designed by star architect Helmut Jahn and completed in 2000. It contains a mix of shops, restaurants, hotel rooms, and offices as well as cinemas and an IMAX theatre. It’s an interesting place to capture some urban, futuristic architecture.
Learn more about Sony Center 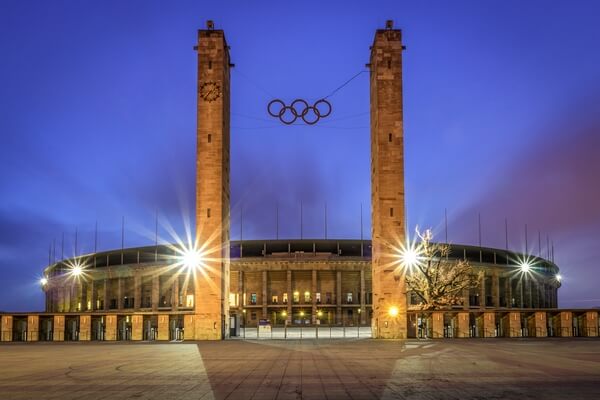 Originally built for the 1936 Summer Olympics, nowadays the stadium is Germany’s biggest venue for international football matches. This location shouldn’t be missed if you’re into architecture-, event- or sports photography.
Learn more about Olympic Stadium 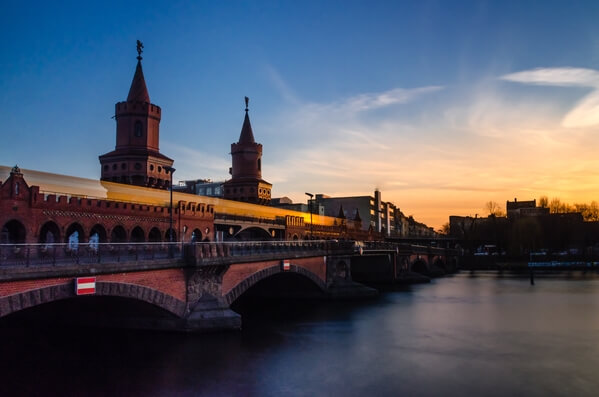 Berlin’s most famous bridge crosses the river Spree and links the districts of Kreuzberg (former West Berlin) and Friedrichshain (former East Berlin). The lower deck of the bridge a roadway, the upper deck carries Berlin’s subway Line 1 (U1). The best spot to photograph the bridge with sun setting behind is from the Friedrichshain site, right between the bridge and The Wall Museum.
Learn more about Oberbaumbrücke 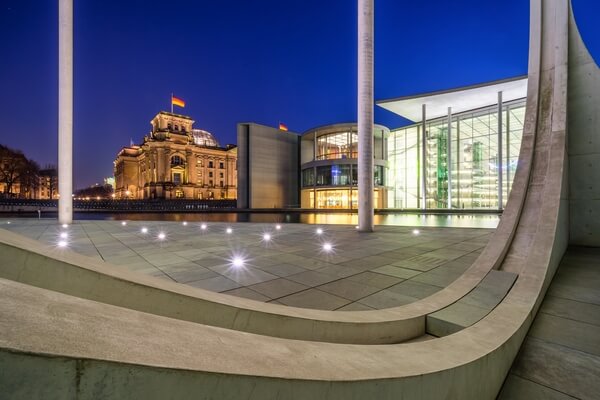 The government buildings in the heart of Berlin form a ribbon across the river Spree, symbolically connecting East and West. The parliamentary offices and the chancellery were not built until the wall came down and Berlin was chosen as the country’s seat of government. The buildings are good examples of contemporary architecture and make for some great photographs.
Learn more about Government District 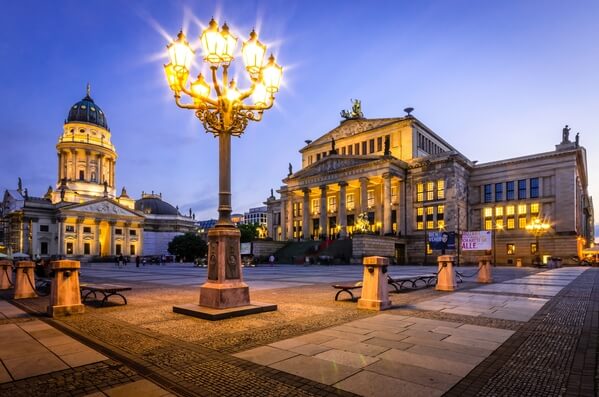 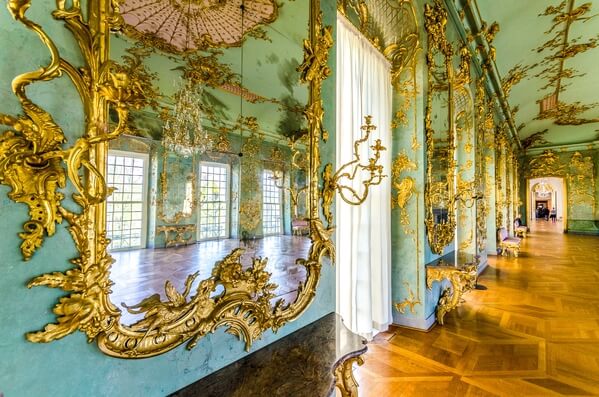 Berlin’s largest palace was built at the end of the 17th century and features a multitude of great photo opportunities outside as well as inside. You can take a leisurely stroll through the vast baroque style garden (which is a nice place to have a picnic) before checking out the exotic baroque and rococo decoration of the interior.
Learn more about Charlottenburg Palace 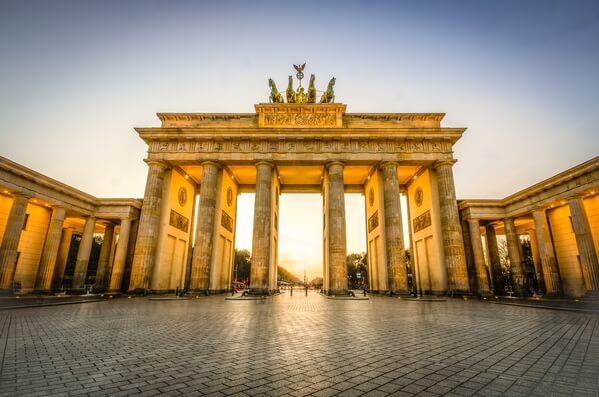 Probably the most photographed building in Berlin, the Brandenburg Gate is THE symbol of the formerly divided city. There is almost no car traffic in front of the gate and there are no restrictions on tripods whatsoever, which makes it a great place to shoot to your heart’s content.
Learn more about Brandenburg Gate 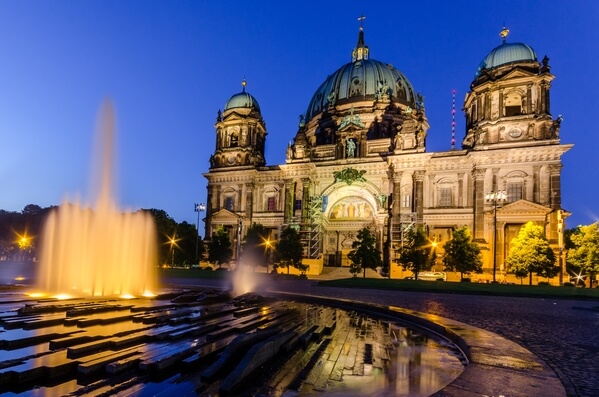 This spot offers two great shots in very close proximity. The first one is the Berlin Cathedral with the fountain in the foreground. For the second one, you have to step back from the cathedral till you can see the TV Tower looming behind it. The cathedral’s main dome and right tower work as a perfect frame for the TV Tower.
Learn more about Berlin Cathedral

We hope you enjoy photographing these great Berlin Instagram locations. We love seeing your images of the most Instagrammable places in Berlin, so make sure to share your images on PhotoHound and tag us on Instagram @photohound and hashtag #photohound for a chance to be featured.